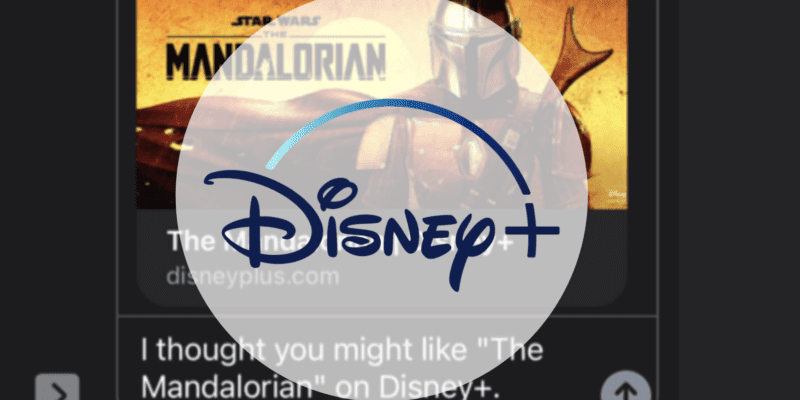 Today, Disney+ has announced that subscribers will now be able to take advantage of an exciting new sharing feature.

According to Disney’s official press release about the new addition to the streaming service:

Sharing your favorite Disney+ show or movie just got a lot easier.

Today, Disney+ introduced a new sharing capability on mobile that gives subscribers the ability to easily share Disney+ content with friends and family via messenger apps or out to social platforms, including Facebook, Instagram, and more. To share, subscribers simply tap the new “share” button found on a Disney+ title’s Details page, select the preferred medium and who they want to share with (as needed). The share button will compose a pre-populated message to accompany the share, but subscribers can overwrite it with a personal message and send away. Recipients can click on the shared link to go straight to the Disney+ title, and if already a subscriber, start watching. It’s that simple.

This is a great way to encourage all of your friends and family members to watch your favorite Disney+ series and movies, like The Mandalorian Season 2, which premieres on October 30!

There are also a lot of other great upcoming Disney+ shows to look forward to and share. Marvel Studio’s WandaVision is still set for a 2020 premiere and The Star Wars LEGO Holiday Special is coming in December — this is great news for anyone who loves the original 1978 Star Wars Holiday Special, in which fan-favorite Boba Fett was first introduced.

With Disney’s recent announcement that their streaming service will now be their primary focus, look for even more exciting Disney+ features to be rolled out in the future.

What do you think about this new ability to share your favorite Disney+ content at the touch of a button?