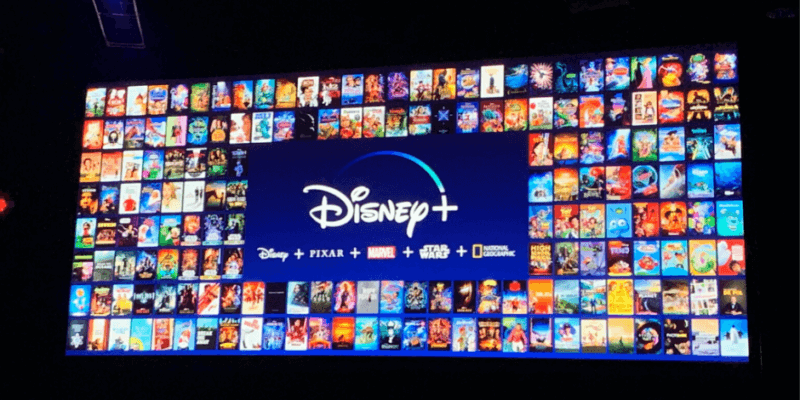 Disney+ has officially introduced a brand new feature! GroupWatch will allow Disney+ subscribers to watch movies and series with one another, no matter where they are.

According to Disney’s official press release, this co-viewing experience is designed for “connecting with friends and family to watch movies and shows from the entire Disney+ library, even when apart. GroupWatch allows for up to seven people to watch together in a synced playback experience across web, mobile, connected TV devices, and Smart TVs, and share reactions in real time.”

Related: Disney Sells Streaming Ad Company – What Could This Mean For Disney+?

“Storytelling comes alive when you’re able to share and enjoy it with others, and in this moment when many are still apart from their friends and family, GroupWatch offers a way to safely connect virtually by co-viewing your favorite Disney+ stories with your favorite people from the comfort of your living room.”

The Walt Disney Company also shared some details about how GroupWatch functionality will look when Disney+ subscribers launch it.

The primary viewer will send an invitation to his or her friends and family members before starting a movie or Disney+ series. Each user’s Disney+ avatar will show-up when the watch party invitation is accepted.

During viewing, GroupWatch users will be able to see how their loved ones are interacting with the movie or show. In this screenshot of the new Disney co-viewing feature, we see that “Julie paused the video.”

This allows everyone who is watching to avoid spoilers for those who have hit pause!

Disney also included an adorable reaction feature that allows viewers to easily send on-screen emojis at any time during a streaming session! As we can see from Disney’s preview screenshots, these are available on both traditional televisions and mobile platforms.

If you’re wondering when you can start using GroupWatch on Disney+, the answer is now! According to Disney’s official details about the new service, “After initially launching in a test version in Canada on September 10th and in Australia and New Zealand on September 18th, the feature is now live in the United States. The feature is expected to expand to Europe later this fall.”

Stay tuned to Inside the Magic for more on this just-announced Disney+ feature!