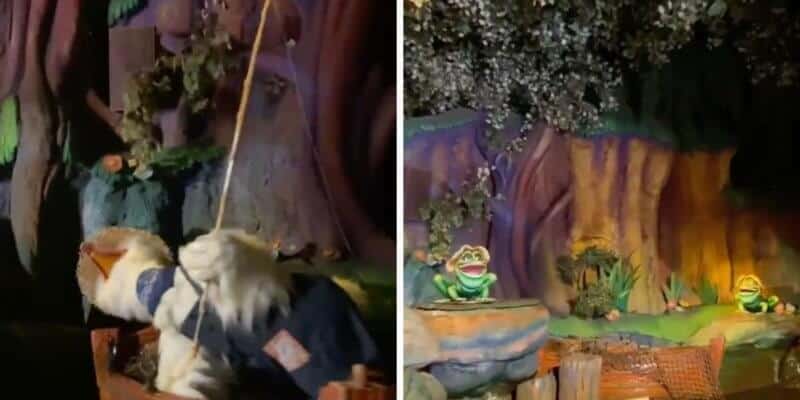 It looks as though the goose is on the loose!

We recently reported that the famous fishing goose animatronic from Splash Mountain at Magic Kingdom had toppled over. Now, it looks as though he has been removed from the attraction completely.

In case you missed it, the famous fishing goose from one of the scenes within the Splash Mountain attraction had toppled over, which you can see in the video below.

Now, thanks to Twitter user @caballero_duck, we can see Disney has completely removed the goose from the attraction — most likely just to do some minor repairs and will replace him within the next few days. Inside the Magic will continue to update you as we get information regarding the fishing goose.

THE GOOSE IS GONE pic.twitter.com/cGwuNJOAGw

This wouldn’t be the first time an animatronic toppled over and then went missing. Jose Carioca from The Gran Fiesta Tour in EPCOT’s Mexico pavilion toppled over back in July. He was then removed from the attraction, but then he was back within a few days — good as new!

Back in June, Disney announced (after a petition coincidentally made its rounds on the Internet) that the classic theme park attraction Splash Mountain would be rethemed to the 2009 Disney Princess animated movie The Princess and the Frog.

Disney’s official announcement for the retheming of Splash Mountain from June reads:

Have you ever seen an animatronic topple over at one of Disney’s attractions? Let us know in the comments below.