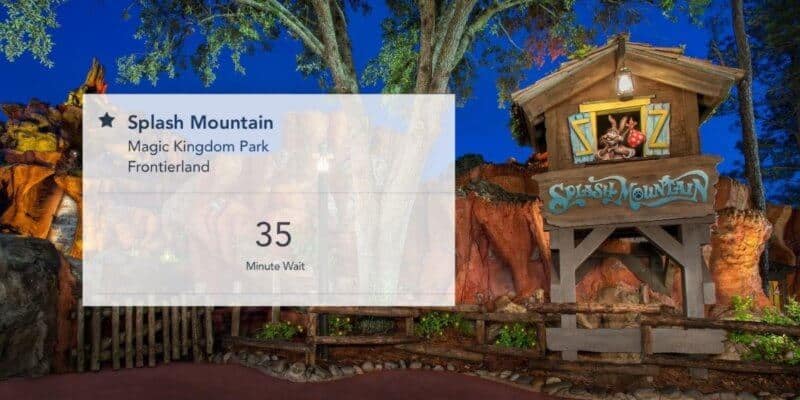 Splash Mountain has been reopened after an interruption of 160 minutes. https://t.co/YyI1L7z2gN #MagicKingdom #WDW #WaltDisneyWorld #DisneyWorld

As many are aware, Disney attractions tend to have some technical difficulties, given that they constantly run throughout the day. In fact, just within the last few weeks Inside the Magic has reported the Jose animatronic fell over at the Gran Fiesta Tour at EPCOT; the Avatar animatronic, Big Toe, was removed from Na’vi River Journey in Animal Kingdom; and one of the pirate animatronics reportedly fell over at Pirates of the Caribbean at Magic Kingdom.

It’s also safe to say, ever since Disney World reopened the popular Magic Kingdom attraction, Splash Mountain — which Disney recently announced would get a retheme from Song of the South to The Princess and the Frog — has had its fair share of technical difficulties. And it looks as though it is still facing challenges.

You can see in the screenshot below, which was taken at 10:58am, Splash Mountain is still listed as temporary closed.

WDW Stats tweeted out 10 minutes after Magic Kingdom opened that Splash Mountain has been temporarily interrupted.

At this time we are unsure as to why the attraction is closed but Inside the Magic will continue to update you as we get new information.