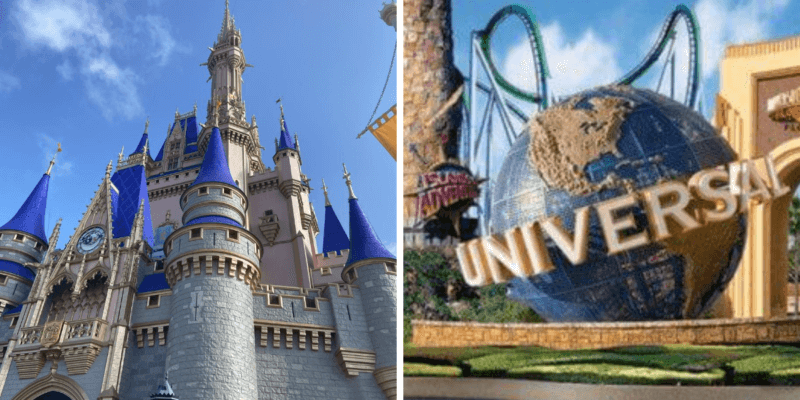 As America gears up for Labor Day weekend, it appears that the Walt Disney World will be the more popular destination compared to Universal Orlando Resort.

In a recent report done by tripit.com, all three of Disney World’s designated Florida cities are listed in the top 10 2020 Hotel Destinations right behind Orlando: Lake Buena Vista, Bay Lake, and Kissimmee.

Interestingly enough, Anaheim, California is also found in the top 10 despite the fact that the Disneyland Resort’s theme parks and resort hotels still remain closed until further notice.

Related: Disneyland Only Accepting Reservations for October and Later

It is important to note that Lake Buena Vista and Bay Lake are two “cities” registered by the Walt Disney Company and are located on Walt Disney World Property. This means if travelers mentioned either of those two cities as their destination it means they are more than likely staying on Disney World property. Walt Disney World is also in closer proximity to the Central Florida city of Kissimmee than Orlando.

Limitations aside, Saturday, September 5 will be the first time since reopening that all four theme parks at the Walt Disney World Resort will be “at capacity.”

Meanwhile, Universal Orlando Resort has announced the re-closure of several of its hotels and the laying off of almost 2,200 team members working in those hotels due to low occupancy. 900 from the Hard Rock Orlando, Loews Portofino Bay, and Cabana Bay Beach Resort hotels, and another 1,291 from the Royal Pacific Resort, the Sapphire Falls Resort, the Aventura, and two of Universal’s new Endless Summer hotels.

While Walt Disney World is yet to recall its entire workforce, no backpedaling, like more layoffs, has hit its recalled Cast Members.

No exact numbers have been released, but this evidence makes it easy to speculate that when it comes to Labor Day Weekend plans, the Walt Disney World Resort was the top choice over its rival Universal Orlando Resort.

Click here to book your next theme park trip with Academy Travel!

Comments Off on Labor Day 2020: Disney More Popular Than Universal?