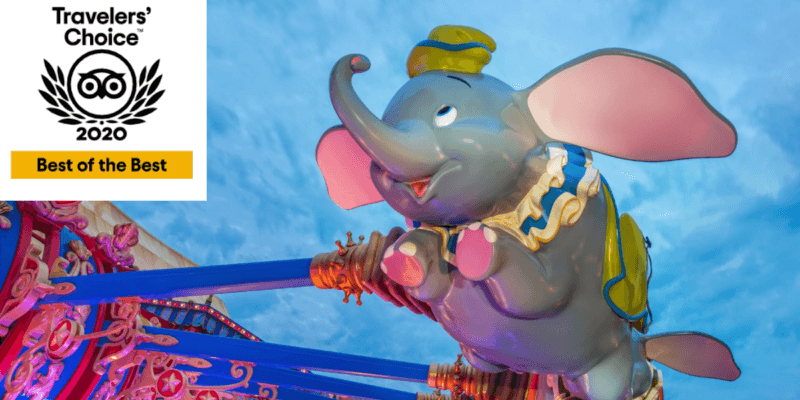 “If you can only see one park, it should be the Magic Kingdom” –TripAdvisor

TripAdvisor has just released its 2020 Travelers’ Choice Best of the Best list featuring their Top 25 Amusement Parks around the world. Championing the list in the #1 spot is none other than Magic Kingdom Park.

As for Central Florida’s other theme parks, TripAdvisor rates them as the following:

Outside of Florida, several other Disney theme parks have made the list.

This is the first time a Disney park has earned the #1 spot on TripAdvisor’s list in a while. For the past five years, that spot has been occupied by Universal’s Islands of Adventure.

Magic Kingdom Park also made the #1 spot of TripAdvisor’s list for the best 25 amusement parks in the United States as well. Akin to its #1 spot on the “best in the world” list, Magic Kingdom is listed with the TripAdvisor quote, “If you can only see one park, it should be the Magic Kingdom”

As for other Disney theme parks in the U.S.:

Walt Disney World’s second-oldest theme park, EPCOT, is the only American Disney theme park to not make either list.

TripAdvisor explained that they “pull together all the reviews, ratings, and saves that travelers share from across the globe — and use that info to spotlight the very best.”

But while TripAdvisor was able to come to that consensus, the rank of best amusement park ultimately rests in the eyes of the Guest. Our friends at Academy travel are standing by to help you plan your next trip back to whichever theme park you believe is the best in the world (or whichever park is next on your bucket list). Click here to get started and receive your free quote and book a trip today!

What do you think of TripAdvisor’s list? How would you list the parks differently? Let us know in the comments!