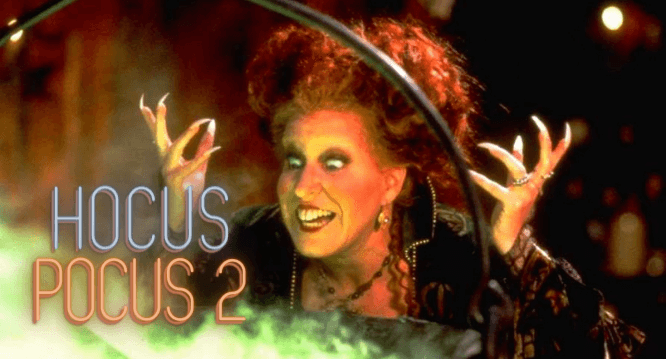 BooooOOOOOOOOooooK! Come, my darling, we have Hocus Pocus news!

Hardcore Sanderson fans have long been awaiting a sequel to the 1993 cult classic film featuring Bette Midler, Sarah Jessica Parker, and Kathy Najimi. With a director signing on and a writer having been confirmed, it seems like the film is closer than ever. But what we really want to see are the original stars of the film appearing in either major roles or cameos… lucky for us, news is on the horizon!

The Disinsider recently ran a story telling us that they have sources sharing more recent news. While they don’t name names or link to sources, it’s intriguing that Hocus Pocus 2 (for lack of a better title) continues to develop.

“We have learned that Hocus Pocus stars Bette Midler, Sarah Jessica Parker, and Kathy Najimi are in talks to reprise their roles as Winifred, Sarah, and Mary Sanderson in the Disney+ sequel. I can’t confirm whether or not any of them have signed on as of today; however, I had have heard from one source talks have taken place via Zoom.”

In public, all three original actresses have publicly stated they would be on-board for a second Hocus Pocus film, with Sarah Jessica Parker sharing this with Sirius XM’s “Quarantined With Bruce” show in May:

“I think that it’s something that Bette and Kathy and I are … very hospitable to the idea. I think for a long time, people were about it as if people were moving forward with it in a real way but we were unaware of it.

“I think now we’ve gotten to the point where we all, like, agreed publicly to the right people, [saying], ‘Yes! That would be a very, very fun idea. So, we’ll see. We’ll see what the future holds.”

Of course, not much filming or scouting is being done yet, but production on the project is expected to begin early next year (2021) in Los Angeles and, of course, Massachusetts. Variety had reported that the long-awaited Hocus Pocus sequel officially has director Adam Shankman attached to the project. He is best known for his work on films like Hairspray (2007) and A Walk To Remember (2002). He is also working on the Enchanted sequel, Disenchanted. Workaholics writer, Jen D’Angelo, has been tapped to write the script for Hocus Pocus 2, however, no plot details have been released.

Fans may be able to glean basic script details from a sequel of the original tale of the Sanderson Sisters which appeared in 2018 in the form of a young adult novel titled Hocus Pocus and the All New Sequel. There is currently no release date set for the film.

Fans eager for more Sanderson action have been picking up mementos in the form of Hocus Pocus Spirit Jerseys, Sanderson Smile Face masks, and even jewelry that Winnie herself would wear. The fandom continues and we’re so excited to see the next chapter! 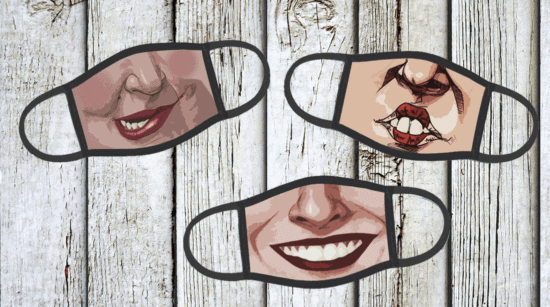 Leave us a comment below about what you hope to see in the new Hocus Pocus film!

Comments Off on Original ‘Hocus Pocus’ Stars In Talks to Return