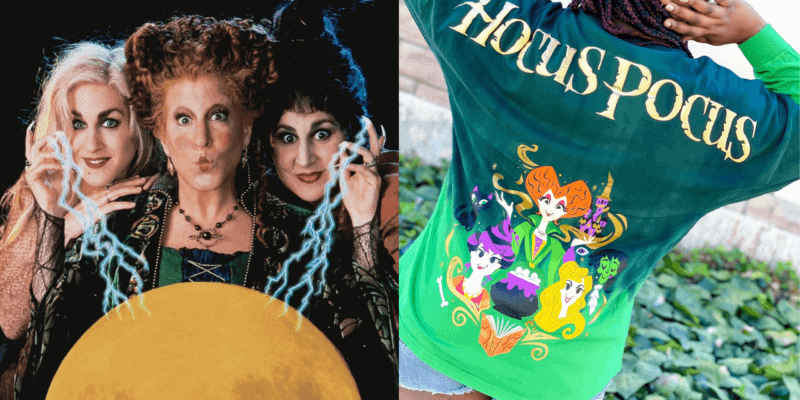 More good news for Hocus Pocus fans as Disney has just announced the arrival of a new spirit jersey as the movie celebrates its 27th birthday!

It’s hard to believe that it’s been almost 30 years since we last saw the Sanderson Sisters in action on the big screen and while we wait for the announced sequel to arrive on Disney+, we are loving all of the new merchandise that Disney has been releasing.

Related: New Hocus Pocus Loungefly bag Will Put a Spell on you!

Check out a full detailed look at the new Hocus Pocus spirit jersey below:

The bright colors of this spirit jersey will certainly help you to stand out among the crowd this Halloween season. It’s great that the jersey isn’t too scary for kids and we like that Disney has once again opted to use the cartoon versions of the characters. While its a shame that Mickey’s Not-So-Scary Halloween Party is cancelled, at least Disney is continuing to keep the spooky season alive with all of this new merchandise!

Related: Check out this spooktacular Hocus Pocus board game!

There’s no word from Disney on when the new spirit jersey is set to be released but we will keep an eye on shopDisney and update you as soon as we see it. We’d also expect this to arrive in Disneyland and Walt Disney World for all of you readers who are able to make it over to the parks at the minute.

If you love Hocus Pocus then you might want to check out the new Funko Pop figures and Pez dispensers that are being released and do make sure you go and vote on the LEGO Ideas Sanderson Sisters house!

Let us know in the comments below what you think of the new Hocus Pocus spirit jersey!