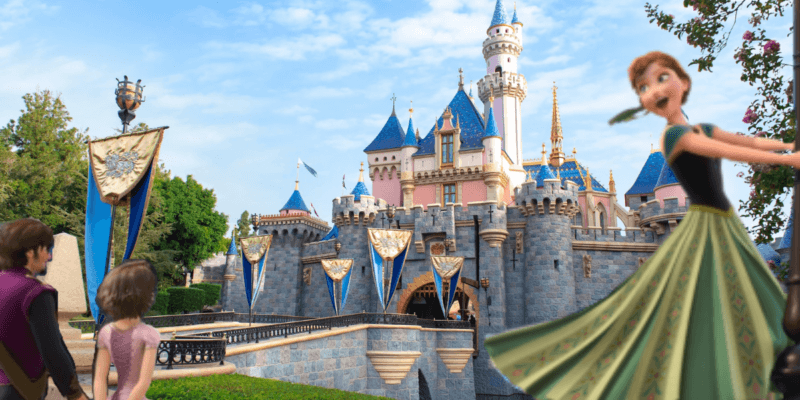 For our other recent Disneyland news roundup articles, follow the links below:

Disneyland Annual Passholder Concerns: What APs Can Do Now

Perhaps one of the biggest things to happen in the past week was that Disney Parks, Experiences and Products Chairman Josh D’Amaro was spotted at Disney California Adventure park. What he was doing exactly, we’re not sure. Rumors have certainly been circulating the Disney fan community, with many claiming that D’Amaro and California Governor Gavin Newsom will be filming some sort of reopening announcement in the near future. But none of this is confirmed.

However, spotting D’Amaro inside the California Adventure park gates certainly gives many Disneyland Resort fans hope. We speculate that he was continuing to check up on the southern California theme parks as they continue reopening preparations as well as the construction of Avengers Campus, which had to push back its reopening date this year. We don’t know when D’Amaro will be providing DLR fans, hopeful Guests, and Annual Passholders with more news surrounding the reopening, but we’ll report back when we know more information.

Reopening preparations continue inside Disneyland and Disney California Adventure, as well as on property outside the parks.

Social distancing signs, hand sanitizer stations, and signs for traffic control have been installed inside Disneyland and DCA. These — coupled with the addition of hand sanitizing and hand washing stations on the Disneyland Resort maps online — give future Guests hope that the parks continue to get ready to reopen, even if they aren’t sure of an exact date yet.

Additionally, some changes have been taking place outside the parks. The road where the trams typically run to and from the parking structures and the theme parks has now been seemingly turned into a walkway. There are several signs, benches, and trash cans now in the tramway, leading many to believe that — just like at Walt Disney World — the trams will not be running once Disneyland reopens its gates.

And we also spotted World of Color possibly testing its fountains. We don’t know if this means Disney has found a way to allow the nighttime spectacular to run once DCA reopens, but we can only hope it’s a good sign.

Several people have made public statements pertaining to the reopening of the southern California Disney Parks. As we know, a reopening announcement has not yet been made, and we don’t know when to expect one. In the past two weeks, Disney and local officials have spoken out.

“We are disappointed with the state’s lack of progress in providing the industry with guidance and clarity on reopening,” Disneyland Resort President Ken Potrock stated. “We have proven we can operate responsibly, with strict health and safety protocols at our properties around the world and at Downtown Disney in Anaheim.”

At a press conference held in Anaheim overlooking Disney California Adventure, Todd Ament, President and CEO of the Anaheim Chamber of Commerce, said, “The time is now to reopen theme parks and restore the economic vitality we’ve lost over the last six months.”

Mayors of Anaheim and other Orange County cities have shared publicly that they want answers from California Governor Gavin Newsom and they believe it’s time for DLR to reopen its gates.

The hotels of the Disneyland Resort have also continued to push back reservations. Note that this does not indicate when the hotels will reopen — the DLR website still says that the reopening of the onsite hotels is still pending government approval.

But the big news here is that anyone with a reservations through early October is being encouraged to either modify or cancel their reservation. And for those who want to book a stay at either the Disneyland Hotel, Disney’s Paradise Pier Hotel, or Disney’s Grand Californian Hotel & Spa, they can only book a vacation for mid-October or later.

We’ll update Inside the Magic as soon as more news regarding Disneyland reopening is released.