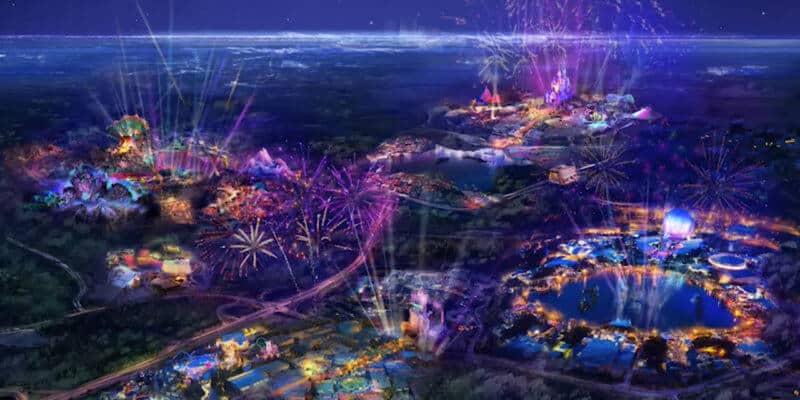 Although Walt Disney World Resort has scaled back its 2021 50th Anniversary celebration due to this year’s coronavirus pandemic, it is still sure to be a magical affair at all four Disney World theme parks — EPCOT, Magic Kingdom, Disney’s Animal Kingdom, and Disney’s Hollywood Studios.

As of today, according to an Instagram user, preparations for the 50th Anniversary have reportedly gone underway at the Magic Kingdom toll booth.

On Instagram, @HatboxProductions shared a photo of orange construction cones, a traffic arrow sign, and construction workers getting started on the toll booth renovation project. Their caption reads simply:

Although Disney has not yet confirmed what changes will be made to the iconic blue and yellow toll booth sign and surrounding area, it’s possible that it will be getting a paint job for the 50th Anniversary.

The Walt Disney Company has provided few details about WDW’s upcoming Golden Anniversary, but they did share this information in a Disney Parks Blog post following the D23 Expo last year:

The 50th Anniversary of Walt Disney World Resort will be one of the biggest ever! We’re extending the celebration to all four Resort theme parks with amazing attraction openings, new entertainment, food and beverage, merchandise and more. 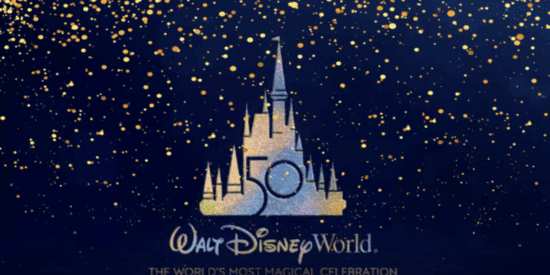 The post goes on to discuss the Star Wars: Galactic Starcruiser hotel, EPCOT’s new nighttime fireworks spectacular HarmoniouUS, and the three new EPCOT neighborhoods, including the Moana water attraction in the World Nature area. All of these experiences are expected to be on track for the 50th Anniversary Celebration.

It is worth noting that some other updates, including the World Showcase’s Mary Poppins Cherry Tree Lane attraction and the Spaceship Earth overhaul, have been postponed.

Stay tuned to Inside the Magic for additional details about the 50th Anniversary as they become available.

Do you plan to attend “The World’s Most Magical Celebration” next year?

To plan a Walt Disney World Resort vacation now, contact the experts at Academy Travel today. They will help you with everything from navigating the Disney Park Pass system to finding the perfect Disney Resort hotel.

Comments Off on Are Disney World 50th Anniversary Preparations Underway?