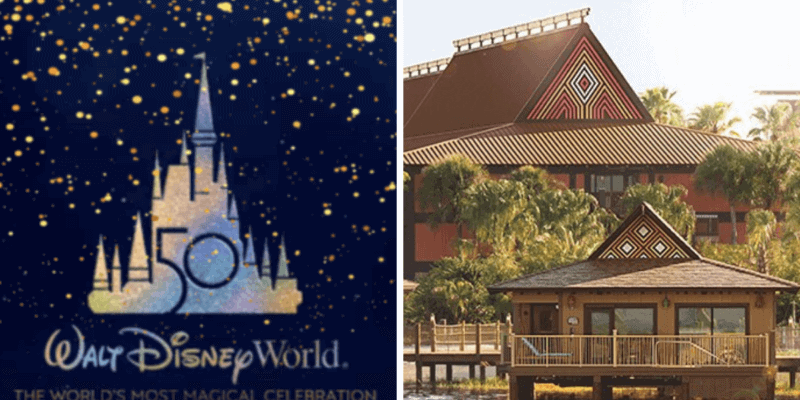 On October 1, 2021, the Walt Disney World Resort will turn 50 years old. While the planned multi-month-long festivities for Disney World’s 50th Anniversary–which are to be held at Magic Kingdom, EPCOT, Disney’s Hollywood Studios, Disney’s Animal Kingdom, and elsewhere across the resort–are still up in the air due to concerns surrounding the current pandemic, Disney World is still turning 50 years old. And, regardless of grandeur, it will be an unforgettable day at Magic Kingdom Park.

That being said, many would-be Guests are probably wondering “When can I book my hotel reservations for October 1?”

The short answer to that question is, unfortunately, not yet.

Why Can’t 50th Anniversary Reservations Be Made Yet?

As a Disney fan, I am looking forward to visiting Walt Disney World Resort for the 50th anniversary next year, and a representative with the V.I.Passholder Support Line confirmed this with me today when I inquired about making a reservation for my own trip. While the Park Pass Reservations are not available past September 26, 2020, I followed a gut instinct to try and secure at least a hotel reservation for the days surrounding the Golden Anniversary. The rep reiterated to me that no such reservations could be made at this time, and they reportedly have no idea when the rest of 2021 will be opened for Guests.

We also still do not know when exactly Walt Disney World will begin its 50th Anniversary Celebration. We will be sure to update our website with official Disney information as soon as it is released.

Whenever that day will be, there is little doubt that reservations for Resort Hotels around Disney World’s Golden Anniversary–be it the celebration or the actual date–are going to book up fast. With their proximity to the Magic Kingdom, the Monorail resorts will probably go first (Disney’s Grand Floridian Resort and Spa, Disney’s Contemporary Resort, and Disney’s Polynesian Village Resort) as well a Disney’s Wilderness Lodge and Disney’s Fort Wilderness Resort and Campground.

Related: Will the ‘Star Wars’ Hotel Be Open For Disney World’s 50th Anniversary?

Be Prepared To Secure Your Reservation

If you are looking to get a jump on the planning and be one of those lucky Guests to secure a Disney resort hotel reservation during the 50th Anniversary, the best way to be successful is to work with a travel agency, and that is why we continue to recommend our friends at Academy Travel. Academy’s travel agents stay on top of the latest Walt Disney World Resort information and will be able to secure your hotel reservation as soon as they are made available. Click here to learn more and to receive your free, no-obligation quote today!

Are you already looking forward to Walt Disney World’s 50th Anniversary Celebration? Let us know in the comments!