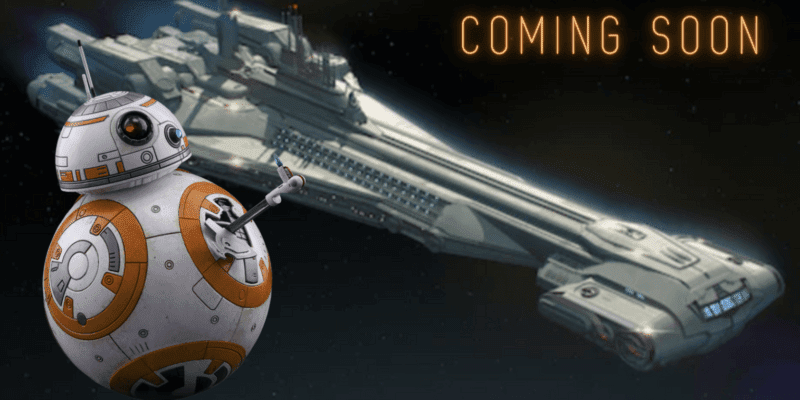 As we enter the autumn season and 2020, the year that seems would never end, finally has a light at the end of the tunnel, many Disney World fans have turned their attention to next year’s scheduled 50th Anniversary celebration.

One question that looms large for the Star Wars fan community is: “Will the Galactic Starcruiser hotel be open in time for the anniversary?”

Aerial photographs we received today indicate that construction of the Star Wars hotel is on-track. Pilot Jonathan Salazar provided the following photographs that show current progress on the Star Wars Galactic Starcruiser hotel (AKA the Halcyon).

In this photo, taken furthest away from the new Disney World resort, it’s easy to see how much construction equipment is currently present at the Star Wars hotel site. Progress is clearly being made and the exterior of the building is nearing completion at this point.

The construction progress certainly points to an on-track reopening for this Disney Park project. Fans who are looking forward to experiencing the magic of Star Wars firsthand should be excited that the Star Wars Galactic Starcruiser is a priority project.

Many other Disney World updates, such as EPCOT’s World Showcase Mary Poppins attraction and a major Spaceship Earth overhaul, were canceled amid the coronavirus pandemic. It is worth noting that certain aspects of the EPCOT reimagining have already happened. These include the retro lucite pylons that are part of the new EPCOT entrance area.

Here, Disney World fans who are anxiously awaiting the opening of this first-of-its-kind hotel can see more construction details, including the scaffolding at the back of the Halcyon structure.

This final image gives an idea of just how large the new Star Wars resort building is. The new driveway, presumably for Guest drop-off, is also visible at the front of the photo.

Although no official opening date has been released, the official webpage for the Galactic Starcruiser 2-night experience states that the “all-immersive adventure” will start in 2021, indicating that it is on track for a 50th Anniversary opening.

As part of the experience, Guests will be able to visit Galaxy’s Edge and ride both Millennium Falcon: Smuggler’s Run and Star Wars: Rise of the Resistance (hopefully without a massive lightning strike!)

Are you excited about the Star Wars hotel construction progress?

To plan your Walt Disney World Resort vacation to any park, including the iconic Magic Kingdom, Disney’s Animal Kingdom, EPCOT, or Disney’s Hollywood Studios, contact the experts at Academy Travel for a free quote.

Comments Off on Will the ‘Star Wars’ Hotel Be Open For Disney World’s 50th Anniversary?