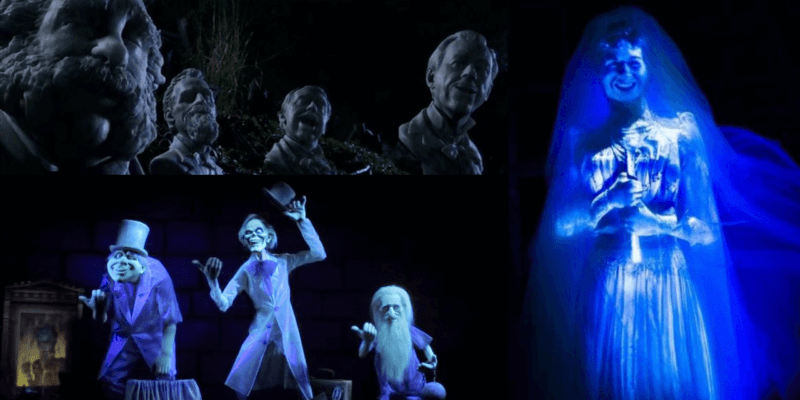 A few days ago we reported that Disney is looking to be working on a new live-action Haunted Mansion movie remake and since then there have been many fans asking the question, how would this be different from the first? Well, given the fan reaction to the original 2003 movie starring Eddie Murphy (currently the movie has just a 30% audience score on Rotten Tomatoes) we think Disney is going to create something very different this time around.

Let’s explore how Disney could be breathing new life into a live-action Haunted Mansion Movie.

Give the Movie a More Serious Tone

We are gonna put this out there, we didn’t think the original Haunted Mansion movie was as bad as many people say it is but it feels like Disney could make a more adult movie with the next reboot of the movie.

The original had plenty of darker tones for a kid’s movie but we’d like to see what it would be like as a family horror movie. We say family because as much as we’d love to see Haunted go proper horror, it’s never going to happen.

Give it the Pirates of the Caribbean treatment

Another option would be for Disney to give the next movie the ‘Summer Blockbuster’ treatment. What we mean by this is give it all the money and attention that the Pirates of the Caribbean movies have gotten over the years. Despite the first movie having a budget of $90 million, the first Pirates movies had $140 million proving that Disney was certainly prepared to spend more on that than they were of their version of The Haunted Mansion.

We are also 100% onboard for a bit of comedy if Disney can create the same chemistry that they had between the characters in the first few Pirates of the Caribbean movies. In fact, we think Disney combined family entertainment with horror incredibly well in The Curse of the Black Pearl.

Explore the Characters Backstories in Detail and Setup a Trilogy!

The attraction has so many fantastic characters that can be explored in more detail that it would be insane for Disney not to think of this as a possible franchise.

Here are just a few characters we’d like to see the stories for on the big screen:

Imagine a film series that went into detail on how all of these characters came to live in the mansion? We’d love to see the Imagineers be more involved in the next film, something that would make Disney fans very happy indeed!

How would you like to see Disney handle the new Haunted Mansion film? Let us know in the comments below!