Over 1,000 Pieces of Disney History Featured in Virtual Auction! - Inside the Magic 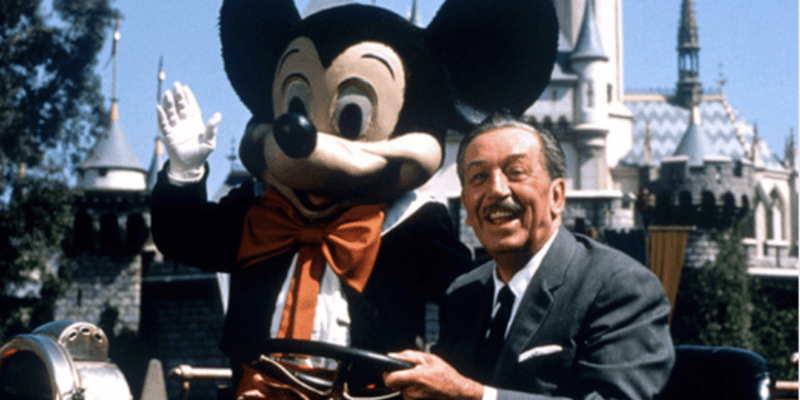 When Walt Disney first imagined Disneyland Resort, there was no way he could have known just how big his brand would ultimately become.

As a Disney history lover myself, there’s nothing quite like walking through the gates of the only park Walt got to see for himself.

Now, fans of the first Disney theme park can own a piece of theme park history by shopping a new online auction that features all sorts of Disneyland memorabilia. The theme park celebrated its 65th anniversary on July 17, so the auction is aptly titled Disneyland: The First 65 Years.

Van Eaton Galleries is proud to present “Disneyland The First 65 Years,” an auction of over 1000 artifacts of Disney Parks history! This large exhibit and two-day auction tells the history of Disneyland and Walt Disney World through rare props, signage, costumes, vintage souvenirs, attraction posters, and much more. Highlights of this auction include original Walt Disney autographs, rare 16mm films of some of Disneyland’s earliest Lessees, park-used attraction vehicles, an original mock-up for the Pirates of the Caribbean guidebook, Disney Legend Milt Albright’s original 1955 cast member no. 10 metal ID badge, huge park used signage, and a plethora of other one-of-a-kind items.

Highlights from the Disney memorabilia auction include the following.

The Art of Animation Signed Book

This The Art of Animation book was inscribed by Walt Disney himself.

(Disney, 1958) A very rare book titled “The Art of Animation” that is signed by Walt Disney himself, as well as 102 other members of the Walt Disney Studios. By the 1950s, Walt was able to pull from the talented artists and craftsmen of his studio to help make his dream of Disneyland a reality. These individuals would later become known as “Imagineers.” This hardcover book by Bob Thomas is not only prominently signed by Walt Disney in bold ink, but also by (102) members of the studio staff, many of whom helped design and develop Walt’s theme park. The signatures include such legendary animators as Milt Kahl, Frank Thomas, Ollie Johnston, T. Hee, John Lounsbery, Ward Kimball, and Les Clark; as well as artists turned Imagineers such as John Hench, Marc Davis, Ken Anderson, X. Atencio, Claude Coats, Yale Gracey, Walt Peregoy, Bill Justice, Ken O’Connor, and many others. This book belonged to Disney animator Jack Boyd, and a few of the signatures are personalized to him. Jack had the book signed as a gift for his son, Steve, with Jack signing his own photo within the book as “dad.” Walt’s signature and a few others are personalized to Steve. Measuring 11.25″x8.5″, the book is in good condition with moderate discoloration and wear to the cover. The inner pages are in good condition, with varying amounts of handling wear. The dust jacket is not included. This is an amazing artifact from both the history of the studio and Disneyland.

This piece of Disney Parks history comes from Walt Disney World circa 1980. The 16 millimeter film features the full narration track from Big Thunder Mountain Railroad in the Magic Kingdom.

(Walt Disney World, 1980) An original 16mm promotional film created for Big Thunder Mountain Railroad at Walt Disney World. This film was created in November of 1980 and comes in its original box. The project label on the lid states that the film includes both music and narration. The film has a duration between 5 and 7 minutes. The film is in good condition, with some reddening to the film over time.

The Splash Mountain memorabilia in this Disney auction is sure to be especially popular since the ride’s re-theme is happening soon at both Walt Disney World Resort and Disneyland Resort. Another incredible Splash Mountain item is this very rare FastPass sign.

(Disneyland, 1985) An incredible one-of-a-kind sponsorship pitch book for “Brer Rabbit’s Splash Mountain.” Imagineer Tony Baxter conceived of the attraction in the summer of 1983, as a way to attract guests to the often empty Bear Country area of Disneyland. Baxter and his team developed the concept of Zip-a-Dee River Run, which would incorporate scenes from Song of the South. The name was later changed to Splash Mountain after then CEO Michael Eisner’s suggestion that the attraction be used to help market the 1984 film Splash. As the project progressed, and budgets expanded, the park searched for a corporate sponsor to help alleviate the rising costs. This hand-constructed pitch book was specially created in 1985 for Peter Nelson, the head of domestic marketing at McDonald’s. The book was created a full two years before construction on the ride would begin, and 4 years before the attraction’s opening. The 11.5″x15.5″ multi-ring binder has a vinyl cover with an applied hand painted title that is enhanced with trimmed and applied photographic images of Brer Rabbit, and Brer Frog. Gold lettering at the bottom of the cover reads “Prepared for Pete Nelson, October 10th, 1985.” The interior contains (11) double-sided pages and one single sided page. Using photographic reproductions of early concept art as well as McDonalds themed concept pieces, the pitch explains the benefits of sponsorship at both Disneyland and Walt Disney World, as well as an overview of the attraction. Several pages include hand-painted and custom elements that enhance the printed elements. The book comes in a fitted hard sleeve, and is in fine condition with only minor wear and scuffing. This is an incredible look at the early development of one of the most popular attractions at the park, and a one-of-a-kind archive of the history and creation of Splash Mountain.

(Disneyland, 1966) A New Orleans Square “near-attraction” poster from the summer of 1966. This beautiful printed poster was part of a set of (6) posters that were displayed in the park as attraction posters but also sold individually at the Main Street Emporium. These posters were only available that summer and as such, are very hard to come by. Measuring 30″x22″, the poster is in fair condition with some edge and surface wear from previous display. There are some scattered spots of discoloration throughout, particularly to the reverse.

Bid on the 1966 New Orleans Square poster here.
The full Disneyland: The First 65 Years online auction can be accessed at this link.
Are you going to bid on any of this Disney online auction memorabilia?

Comments Off on Over 1,000 Pieces of Disney History Featured in Virtual Auction!