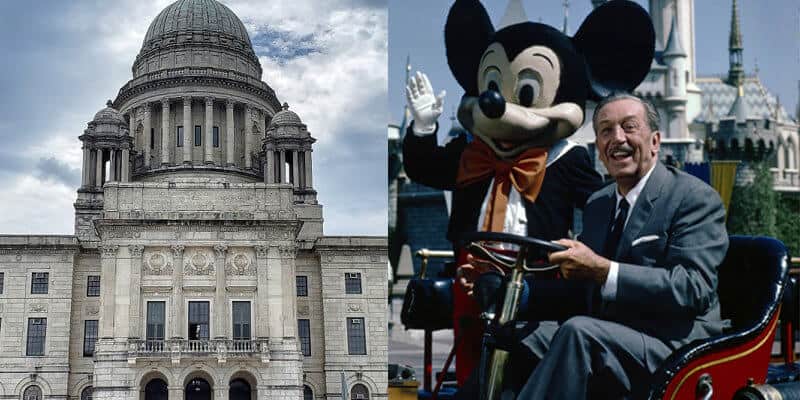 When most think of their tax refund they probably don’t think of Mickey Mouse or Walt Disney. However, it seems about 176 tax refund checks in Rhode Island were all signed by both of these Disney legends due to a technical error.

According to Channel 12 News WPRI, R.I. Department of Revenue chief of staff, Jade Borgeson, confirmed the checks were sent out Monday on account of a technical glitch that resulted in the names of the famous cartoon mouse and his creator being printed on the bills.

“No other signature lines were printed besides the two,” Borgeson wrote in an email to Channel 12 News.

For those who don’t know, tax refund checks in Rhode Island are usually signed with the names of General Treasurer Seth Magaziner and State Controller Peter Keenan.

Due to the error, the checks had to be voided and are now ineligible for deposit. Luckily, taxpayers shouldn’t have to wait too long for their returns as Borgeson added in his email to Channel 12 News that “corrected checks will be reissued to impacted taxpayers within one week.”

Borgeson also issued an apology on behalf of the division for any inconveniences taxpayers may have had due to the error. He also said that anyone who receives the checks should reach out to the division at 1-401-8829, “option 3,” or email tax.assist@tax.ri.gov.

For those wondering how a mistake like this might of happened, it seems the R.I. Division of Taxation, which resides under the umbrella of the Revenue Department, uses “Mickey Mouse” and “Walt Disney” on dummy checks for internal testing. By mistake, the test image files were assigned to the real checks, which resulted in the error, according to a spokesperson.

What are your thoughts on the checks being signed by Mickey Mouse and Walt Disney instead of the state’s officials? Let us know in the comments!