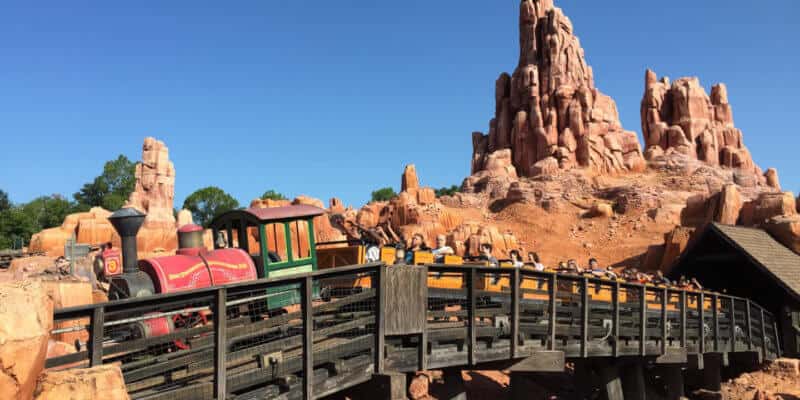 Finding A New Perspective On A Classic Attraction In Frontierland

It definitely creates a sense of excitement in me when I watch this video, because the ride truly does seem different with the illusion of riding backwards. The Reddit thread gained some positive traction from other Disney fans who chimed in, equally thrilled by the video.

“I was so engrossed in watching that every time they turned around to face forward I was yelling at the screen, “I’ve seen that way before! Turn back around! The hill climb is what wanted to see backwards!”

maxmouze
“Perfect for the Goat Trick. (There’s actually a postcard of Donald Duck in the backseat turned around to look at the goat that people were analyzing on the Disneyland newsgroups in the ’90s.”

A Magical Thread Bringing The Disney Community Together

A few Disney fans requested seeing more rides at Walt Disney World and Disneyland filmed with this perspective. Some even went on to share the rides they’ve ridden in The Magic Kingdom while looking backwards and suggestions for those looking for a little additional thrill on popular attractions!

Kaldricus
“Now I want to see more rides like this, that’s really neat.”

“I love looking backwards! It’s especially terrifying on space mountain if you can manage the motion sickness. Just don’t try it on RRC.

Tip from a former CM (not me): on Splash mountain, look backwards when you go down the dark fully indoor drop. Such a weird feeling and perspective on the ride. I think this is also fun on the pirates drop but I believe that one is too dark to see anything interesting.”

A Classic Attraction Brought To The Comfort Of Our Homes

I can’t help but feel grateful for fellow Disney fans out there who take the time to film and photograph different rides and attractions in the parks. It allows those who can’t be at the parks to feel a nostalgic sense of magic from home — especially now when the parks aren’t quite open yet.

I would love to be spending my day in the Magic Kingdom in my favorite land Frontierland. Maybe soon we can find a ride video of Splash Mountain with a new flipped perspective!

Click HERE to check out the full video for yourself.

Did you enjoy the shift in perspective of this popular attraction?

Comments Off on Ride Big Thunder Mountain Like Never Before