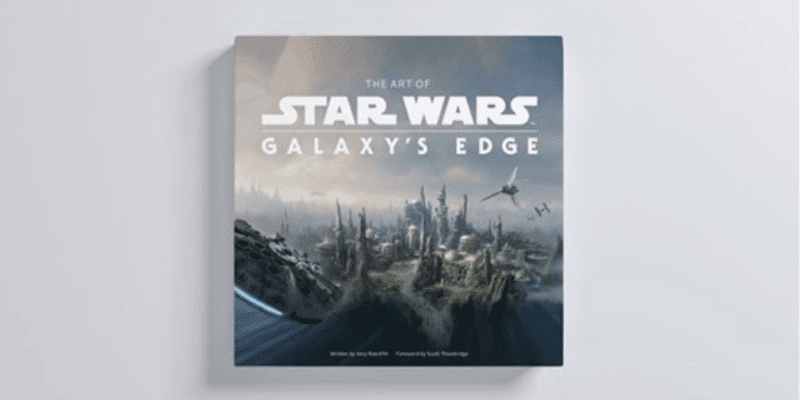 Numerous entertainment outlets, including Disney, are celebrating Comic-Con @ Home since this year’s San Diego Comic-Con event was cancelled due to the continued spread of the pandemic throughout the nation.

According to Disney Parks Blog, the stunning book features “never before seen artwork – as well as exclusive interviews about the land’s creation – from artists at Walt Disney Imagineering, Lucasfilm and many others, this book offers an inside look at what goes into making an immersive Star Wars destination.”

There is nowhere more experiential for a Star Wars fan than Galaxy’s Edge at either Disneyland park in California or Disney’s Hollywood Studios at Walt Disney World Resort in Florida.

The opportunity to go behind-the-scenes of Batuu and see the incredible concept art that led to the creation of Black Spire Outpost, the Millennium Falcon replica, and other Galaxy’s Edge landmarks is sure to be a visual treat.

Pre-orders for The Art of Star Wars: Galaxy’s Edge are currently available on the ABRAMS publishing website. ABRAMS has shared the following details about the upcoming Disney Parks publication:

Are you going to add The Art of Star Wars: Galaxy’s Edge book to your home library?

If you are planning to visit Star Wars Galaxy‘s Edge soon, let the team at Academy Travel help you plan your theme park vacation. They will make sure your Disney park experience is fit for a diehard Star Wars fan, down to helping you get reservations at Oga’s Cantina! Contact them today for a free quote.