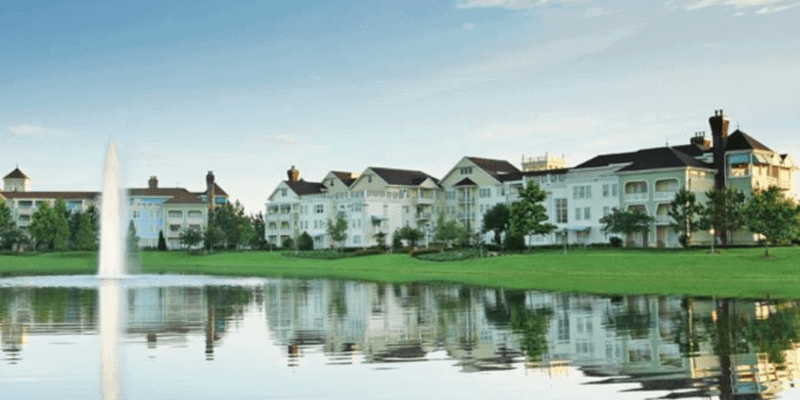 Disney Vacation Club Management is being taken to court over issues surrounding the ongoing renovations to Saratoga Springs Resort and Spa.

“Disney refused to acknowledge any payment delay to subcontractors was caused by Disney’s own project management problems, including refusal to approve required change orders,” the suit said.

According to the Orlando Sentinel, the owner of Validus Construction Services, Nicole Wickens, filed the lawsuit against DVC last month in Orange County Circuit Court for “unspecified damages for breach of contract and negligent misrepresentation.” It also accuses Disney’s construction team of making misogynistic and belittling comments through memes and messages.

The lawsuit states, “The project which should have netted Validus millions of dollars in construction management profits, deteriorated into a dysfunctional construction mess brought about by a multitude of contract breaches by Disney, which fatally interfered with the project.”

Saratoga Springs’ renovation was for 1,260 hotel rooms ranging from studios to grand villas across 18 buildings and was first projected to begin in April 2019 and end that November. But less than a month into the project, Wickens’ team discovered one building violated fire and building codes. “This life-safety issue existed at the property for more than 15 years without having previously been corrected by Disney,” the lawsuit said.

Not only does the lawsuit claim that Disney chose to deny the change orders, but Disney’s project manager, John Gavin accused Wickens of “refusing to maintain a conspiracy of silence.” The lawsuit also claims that Gavin harassed and embarrassed Wickens in front of her team calling her a “fat b****” and “grumpy cat.”

Disney also reportedly sent Validus pictures of hot sauce packets intended to emphasize that Disney was putting the heat on the team.

A meeting between the construction company and Disney execs was held to discuss Gavin’s behavior in February.

Regarding the project itself, the lawsuit says, “Disney has refused to accept any responsibility for its own project management problems.”

Disney reportedly pressed on rather than pausing to address the needed changes to the violating building, and Disney’s refusal to pay for the direct construction expenses caused Wickens “significant” cashflow problems.

The lawsuit also claims that Disney constantly made changes to the renovation plans and did not account for changes in cost or timeline. Mistakes made by Disney also caused the project to be dragged on far beyond the November 2019 timeline.

A new project deadline of April 11, 2020, was agreed upon on March 11, but the project was suspended on March 17 due to the park closures. Disney then terminated her contract in April, claiming that her company had not promptly paid its subcontractors. Wickens fired back saying Disney’s failure to pay for the full scope of the project was what caused her failure to pay.

According to the lawsuit, the “coup de grace” was when Disney fired Wickens and Validus, and then hired a new contractor for $13 million more than what they were paying her.

This was not Validus’ first project with the Walt Disney World Resort. The Central Florida construction company also worked with Disney to renovate the cabins at Fort Wilderness Resort in 2016-16 and the rooms in Disney’s Port Orleans French Quarter in 2017-18.

Comments Off on Disney Sued by Construction Company for Code Violation, Misconduct