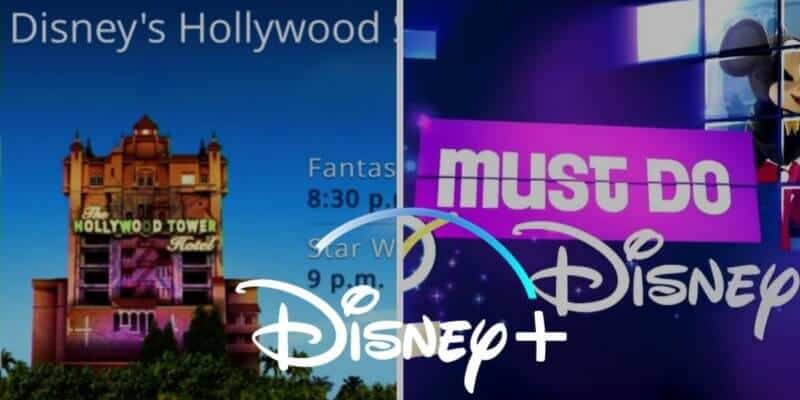 Disney+ has a wide variety of content on its service — From Disney animated movies to Disney Channel television series to Disney live-action films — Even Star Wars, Marvel, and National Geographic content is available. Needless to say, there is so much to choose from.

However, there is one thing I wish the company would add to Disney+ — Walt Disney World Resort TV.

In case you aren’t familiar, Walt Disney World Resort TV plays on a loop at the Resorts on property. The screen changes consistently giving Guests up to date information on all four theme parks (Magic Kingdom, Disney’s Hollywood Studios, Disney’s Animal Kingdom and EPCOT) and both of its water parks (Blizzard Beach and Typhoon Lagoon), including park hours, bus schedules, weather, and more.

The channel also gives specific information to Guests relating to the Resort they are staying in such as resort activities, guest services, and more.

All of this information is given to Guests while beautiful instrumental Disney music plays in the background. From classic Disney songs from animated films to park music, the instrumental versions make for great background noise. Personally, whenever I am staying in a Disney Resort, I pop this channel on and fall asleep to it.

But, when I am not staying at Disney World and I am just missing some Disney magic, I pop on the Resort TV loop on YouTube in the background while I am working from home or if I just want to pretend like I am inside Disney’s Pop Century or Wilderness Lodge.

You can watch a clip of Walt Disney World Resort TV here:

However, I wish I didn’t have to search YouTube for it and I wish Disney+ would add it right onto their streaming service! Maybe they could even somehow have it live, just like they do in the Resort rooms and we could watch something from the same day rather than on YouTube from 2 years ago.

And, while Disney+ is at it — They might as well add Must Do Disney to the streaming service too! (I mean, we all love Stacy, right?) If you aren’t familiar, Must Do Disney follows host, Stacy, around as she visits all the theme parks, water parks, and Disney Springs and shows Guests what the “must do’s” of Disney World are.

You can watch Must Do Disney with Stacy here:

Unfortunately, Disney has not yet made any indication of adding these channels to the streaming service, but we can all hope, right? If you aren’t yet signed up for Disney+, you can get started here.

Do you wish Disney+ would add Walt Disney World Resort TV or Must Do Disney to the service? Let us know in the comments below.