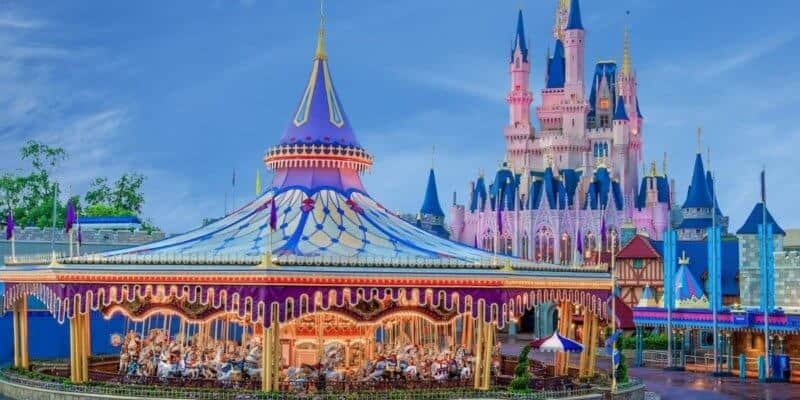 In May 2019, we reported that a 69-year-old woman, Hester Burkhalter, who was visiting Walt Disney World with her family was arrested in front of Magic Kingdom for being in possession of CBD oil. She was arrested with a felony charge and a 12-hour stay in jail before posting bail.

Burkhalter stated that she had been taking the CBD oil as a recommendation from her North Carolina doctor to help her deal with her arthritis, which she suffers from in her arms, legs, and shoulder.

Related: Disney to be Sued for Great-Grandmother’s Arrest Last Year

Burkhalter is saying that the deputies on-site “assaulted and humiliated her” in front of her family and other tourists visiting Magic Kingdom that day.

Ben Crump, a civil rights attorney who also represented the families of Trayvon Martin, Michael Brown, and George Floyd, said at a press conference Wednesday, “It is entirely outrageous that Disney World would discriminate against people who have medical conditions that don’t respond to common pain relievers.”

“It is disgraceful that the [Sheriff’s Office] would treat this cherished grandmother like a common criminal in front of her family,” Crump added. “To have her children ask, ‘Why would Mickey Mouse arrest grandma?‘”

According to Orlando Sentinel, Disney did not respond immediately to a request for comment and Orange County Sheriff’s Office said “it has not been served the lawsuit, but it does not comment on possible pending litigation”.

The lawsuit states that one day prior Burkhalter’s arrest, her and her family went to EPCOT and Disney’s Hollywood Studios without any problems as she was also carrying a 1 oz. dropper bottle of CBD oil in her purse during those visits. However, security at those parks did not search her.

According to Orlando Sentinel and the complaint, “A deputy tested the substance for THC, the component in marijuana that creates a ‘high,’ even though the bottle had a label that said ‘zero THC’. The lawsuit also claims that the first test was negative, but deputies decided to run a second test, which is when it registered a positive.

Burkhalter was arrested for possession of hashish and was then placed, handcuffed, in the backseat of an agency vehicle. She then suffered “a mild panic attack after complaining she could not breathe and began to vomit”, the lawsuit said.

After Burkhalter was booked, she then was asked to strip naked and “bend over” for a cavity search, the lawsuit stated. She was then released 15 hours later and prosecutors dropped the charges 11 days later.

The lawsuit is seeking up to $12 million in damages. “Every time I think about it a whole lot or talk about a whole lot, I get real nervous and sick to my stomach,” Burkhalter said.