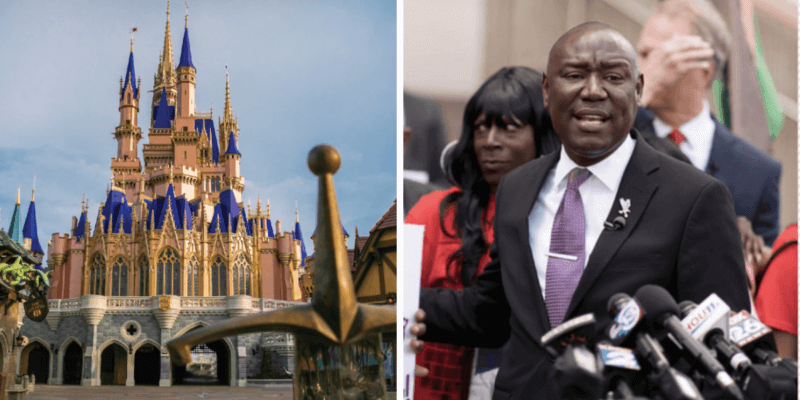 Nationally recognized civil rights and personal injury attorney Ben Crump announced on Tuesday that he will be opening a lawsuit against the Walt Disney Company on Wednesday. The lawsuit against Disney is pertaining to Hester Burkhalter, the woman who was arrested last year at Walt Disney World for being in possession of CBD Oil.

According to mjnewsnetwork.com, the team claims that it was Burkhalter was wrongfully arrested for a drug felony, stating that CBD oil is federally legal. Burkhalter had it in her possession because her doctor recommended it to treat her arthritis, the website states.

We followed this story when her arrest occurred in May, 2019. The then-69-year-old great-grandmother from North Carolina was caught with the CBD oil at the bag check and then taken into custody by Orange County deputies.

“I never had but one speeding ticket in my life. I’ve never been in a jailhouse before,” said Burkhalter having no idea she would be arrested.

Tests came back showing the CBD oil contained THC after she claimed it had none, but once she proved to have a doctor’s prescription (which is the only permissible way to have CBD oil in the State of Florida at the time) the charges against her were dropped.

Burkhalter also went on to claim that the deputies treated her poorly but bodycam footage showed otherwise.

Guests visiting Walt Disney World Resort have grown accustomed to seeing outside police on hand at the entrance to its theme parks with K-9 units as well.

More recently, police were called upon once again for a more pressing case when bag check at EPCOT when one family was caught trying to smuggle guns into the park with a diaper bag.

We will report on the charges brought before The Walt Disney Company when more news of the lawsuit comes to light.