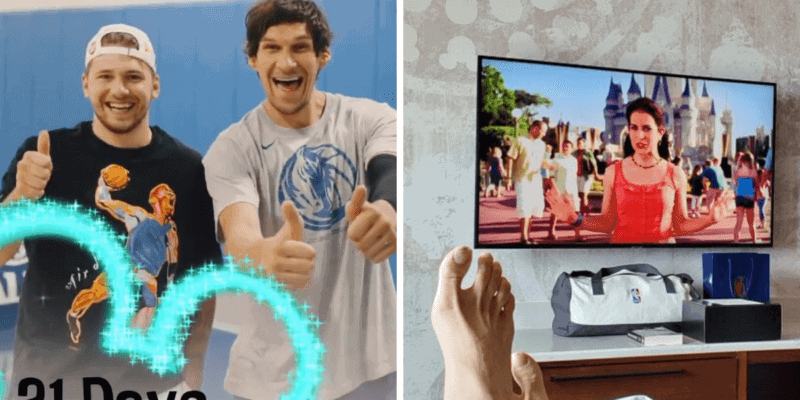 The NBA is restarting the season at Walt Disney World Resort. And it looks like their reaction to arriving at the Most Magical Place on Earth is just as similar as ours is every time we visit.

There are a few things that we’ve learned about the NBA at Disney World this week now that they are moving into the House of Mouse. Here’s what we know so far — and why we’re so happy they’re part of the Disney fandom. Hey, if you’re going to Disney World (and especially if you’re going to live there), you may as well embrace it!

NBA teams will be able to reserve “bookable experiences on the NBA campus at Disney” that include after-hours access to Expedition Everest at Animal Kingdom, Rock ‘N’ Roller Coaster at Hollywood Studios and Test Track at Epcot, according to an NBA memo obtained by USA Today.

NBA players and members of the team’s travel party can book experiences that include after-hours ride times, golf foursomes at three Disney World courses, fishing trips on a bass-stocked Disney lake and bowling at Splitsville Luxury Lanes in Disney Springs.

Disney superfans, brothers, and NBA players Robin and Brook Lopez have said in the past that they plan to ride Disney attractions like Expedition Everest as many times as they can while they’re in Florida. The Lopez brothers even participated in a video collaboration with Disney Parks Blog in which they shared their favorite Disney memories. Check it out:

So many of us would reenact the classic “You’re watching Disney Channel!” moves when we were kids. So seeing the Dallas Mavericks players create their own video inspired by old-school Disney Channel definitely brings a smile to our face.

Hanging Out with Stacey

Whenever we’re staying in Disney property at a Disney Resort hotel at Disneyland Resort or Walt Disney World Resort, one of our favorite things to do is chill out in our room and watch resort television. So we weren’t surprised to see Robin Lopez’s photo of himself “hanging out” with the WDW icon herself, Stacey.

Robin hanging out with Stacey. He is one of us. https://t.co/H9gTe1KPC8

And of course, we had to share these gems. The Lopez brothers showed up to the House of Mouse wearing — you guessed it — Disney clothing.

the lopez brothers showed up to the bubble both wearing disney clothes lmao pic.twitter.com/MUxpr80LPn

What’s your take on the NBA at Disney World? Let us know in the comments!

Comments Off on Some NBA Players Are Disney Superfans Like Us