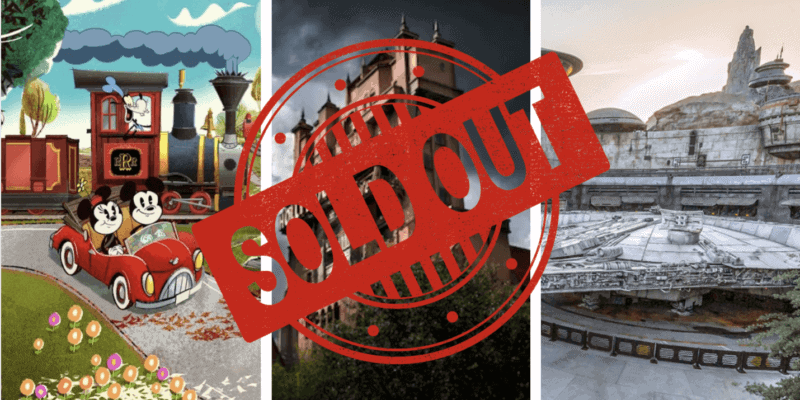 Despite the setbacks Annual Passholders have been having with the new Walt Disney World Park Pass System, Disney Resort hotel Guests, ticketholders, and APs have been managing to snag reservations since the system officially launched on June 22.

As per the 0nline Disney Park Pass Availability Calendar, Disney’s Hollywood Studios, which is set to reopen on July 15, now has no availability whatsoever for Friday, July 17 and Sunday, July 19. This makes it impossible for any ticket type to reserve those two dates.

It is worth noting that Park Pass currently shows available theme park dates into September 2021, with most days offering availability at Magic Kingdom, EPCOT, Disney’s Animal Kingdom, and Disney’s Hollywood Studios, so you are likely to be able to secure the dates you want for your Disney vacation, particularly if you plan well in advance.

Why is Hollywood Studios so popular?

There are a few reasons for the popularity of Disney’s Hollywood Studios at Walt Disney World. The first, as mentioned above, is that it is home to Star Wars: Galaxy’s Edge (which opened in August 2019 at WDW and May 2019 at Disneyland Resort).

Many Disney Parks fans are hoping to be able to board the popular Rise of the Resistance attraction more easily due to the Star Wars land’s limited capacity. Boarding groups (which were normally used for the ride prior to the park closures) are notoriously difficult to come by.

Furthermore, just days before the Disney theme park’s temporary closure due to the pandemic, the first ever Mickey Mouse themed attraction opened at Hollywood Studios. Mickey and Minnie’s Runaway Railway replaced the Great Movie Ride and most fans have not yet had a chance to ride it.

What do you think about Disney’s Hollywood Studios reaching capacity for all ticket types? Tell us which park you plan to visit first!