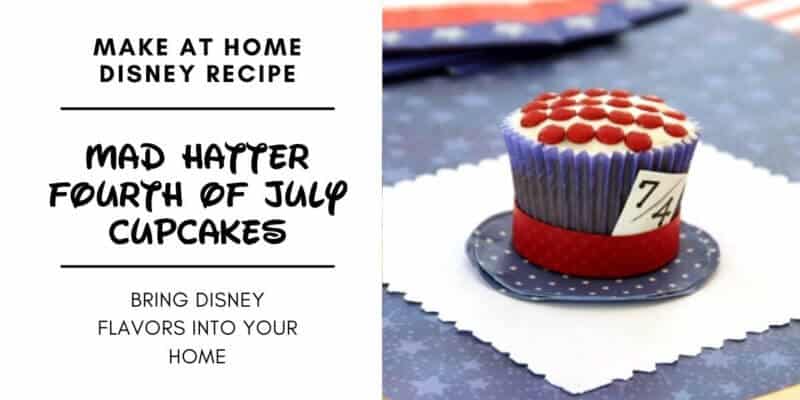 If you are looking for a fun way to incorporate Disney into your Fourth of July plans — Look no further!

Disney Family has shared a recipe for adorable Mad Hatter themed Fourth of July teacakes, perfect for any family gathering or get-to-gether.

Other At Home Disney Recipes

And if you are looking for other fun, make at home Disney treats be sure to check out some of our other easy to follow recipes:

Will you be making these Mad Hatter Fourth of July Cupcakes? Let us know in the comments.