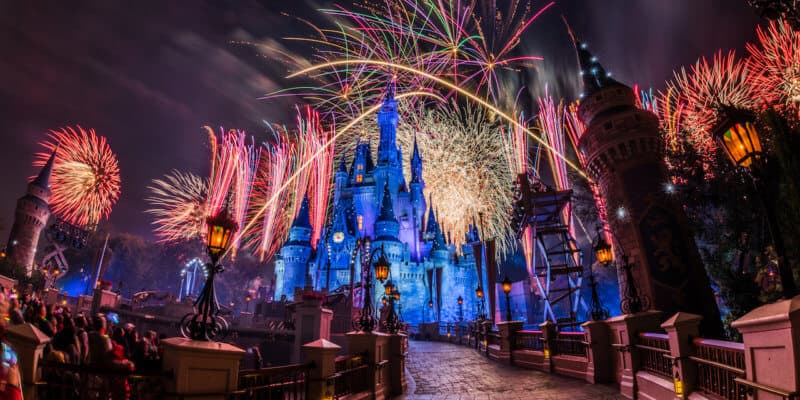 The Disney Parks are known for their spectacular New Year’s Eve celebrations. Year after year, crowds flock to Disneyland Resort in California and Walt Disney World Resort in Florida in celebration of the New Year. Typically, the holiday decorations are still up, Christmas music still plays throughout the theme parks, and the air is chilly enough to make Guests feel like it’s truly the Most Wonderful Time of Year.

But with the pandemic still very much impacting Disney Parks around the world, many are wondering whether a New Year’s celebration is still on the books for Disney this year. Here’s what we know so far and what we think Guests can expect from Disney Parks when it comes to New Year’s Eve.

Keep in mind that Disney has not yet made an announcement about whether or not a New Year’s celebration will occur at Disneyland Resort or Walt Disney World Resort this year. This article is based on the information we have gathered thus far.

So far, many special events have been canceled. Several separate ticketed events originally scheduled to be held at Disney World and Disneyland theme parks are no longer scheduled for 2020. And even though New Year’s Eve is not a separate ticketed event, it still typically brings crowds into the theme parks for a celebration, just like special events do.

Events like Mickey’s Not-So-Scary Halloween Party at Magic Kingdom and Oogie Boogie Bash at Disney California Adventure have been canceled this year. These events typically welcome Guests into the parks for special character meet and greets as well as nighttime shows. But with traditional character meets and nighttime spectaculars currently on pause, and with crowd control being a concern and priority, Disney has made the decision to cancel special events at the parks. With this in mind, we wouldn’t be surprised if a New Year’s celebration wasn’t going to happen, either.

Fireworks are a huge part of the New Year’s celebrations at Disney Parks. During a typical year, Guests visit Disneyland and Disney World to ring in the new year with those classic Disney fireworks.

However, for the time being, Disney will not be offering fireworks in the theme parks. Since Magic Kingdom and Disney’s Animal Kingdom opened on July 11 and since EPCOT and Disney’s Hollywood Studios opened on July 15, none of the theme parks have offered fireworks or any form of nighttime entertainment. Additionally, all of the parks have offered limited hours and have closed well before midnight.

Disneyland Resort has also stated that when Disneyland and Disney California Adventure reopen, they will not be offering fireworks or nighttime entertainment. We are expecting the operating hours of the California Disney Parks to be limited just as they are in Florida.

With watching fireworks and participating in a countdown at midnight being such a big part of visiting Disney Parks on New Year’s Eve, it looks like a celebration won’t be likely if things stay the same.

Keep in mind, however, that fireworks have begun to resume at Disney Parks around the world. So it might not be completely out of the question for them to resume at the U.S. Disney Parks, although Disney has not yet announced this.

It is known among dedicated Disney fans that if you are visiting the theme parks on New Year’s Eve, you should expect massive crowds. But with limited capacity for the time being (the Disney Parks Pass may be in place through 2021), we shouldn’t expect a crowded New Year’s Eve this year, right?

Even if the theme parks do not do a formal celebration for New Year’s Eve this year (such as no countdown to midnight and no fireworks), we still expect this to be a wildly popular time to visit the parks. Major holidays are often very busy days at Disney Parks around the world. So since the Florida theme parks have reopened, if you’re an Annual Passholder we recommend booking your Disney Park Pass for New Year’s Eve now so that you have your reservation just in case they fill up.

Related: Guests Turned Away from Magic Kingdom due to Huge New Year Crowds

You Can Still Book a Trip

Click here to book your next Disney trip with the Authorized Disney Vacation Planners at Academy Travel, who can get you the best deal possible!

Comments Off on Will Disney Hold New Year’s Celebrations This Year?