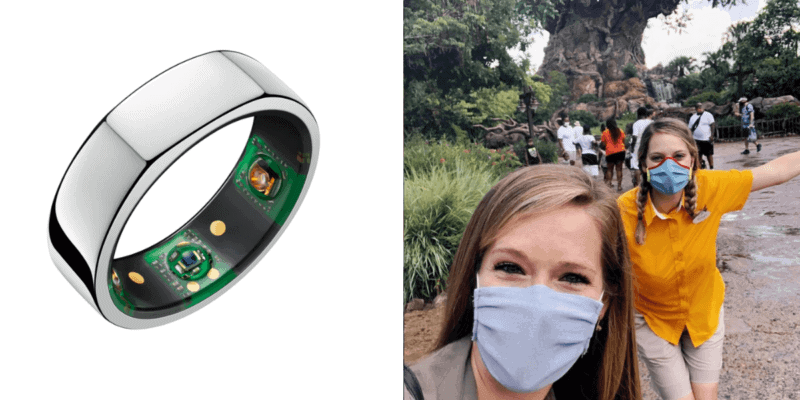 Inside the NBA’s Bubble at the Walt Disney World resort, players are offered Oura Smart Rings, which are proving to have the ability to detect early signs of COVID-19 infections.

According to The Athletic, NBA players will “have the option of wearing an Oura smart ring that may help with the early detection of the coronavirus and will track temperature, respiratory and heart rate and other measures.”

According to WESH, Harpreet Rai, the CEO of Oura Health, states that the ring is able to detect the virus three days before signs start to show. If it detects any bodily changes such as fever or increased, the NBA and NBAPA will be notified to check on the player.

“The cool thing about the finger is that you see changes in temperature and you don’t see it on wrist-based wearables,” says Rai.

These rings have been well received by the NBA, and players have spoken out in support of the partnership between the league and Oura Health.

“I think it’s a good thing to have in sports for the future, as well, and I’m going to start wearing mine pretty soon,” said NBA guard D.J. Augustin.

But Rai sees the NBA as a test for his product’s secondary virus-catching application, and if it proves successful, it opens up a whole new world to his company.

“If the NBA can figure this out, that means potentially the rest of the world can,” he said. “And for us as a company as a small start up to be a part of this is super exciting.”

Oura Rings are currently on the market for $299 USD.

Related: NBA to Use Disney Magic Bands to Monitor Health

If the Oura Ring proves successful inside the NBA Disney Bubble, should Disney consider partnering with the company as well to offer these rings to their Cast Members?

Since Walt Disney World announced its plans to reopen, the mega-resort has been met with concerns by Cast Members regarding the safety of those returning to the parks for either work or pleasure.

“Disney knows that testing makes for a safer workplace,” the association’s executive committee previously wrote in an email to members. “Why else would Disney agree to testing for film productions? If testing helps keep a film set safe, that is also true for performers in the parks. Despite that, we have not reached an agreement with Disney for testing.”

The time has finally come for us to welcome guests back to Magic Kingdom Park and Disney’s Animal Kingdom Theme Park at @waltdisneyworld. It was so great to see everyone smiling, waving and responsibly creating magic for our guests again, and there’s no one we would’ve rather spent this day with than our fellow Cast Members. Welcome home, everyone! #DisneyCastLife

If Oura rings prove to be successful in their advanced alert abilities, they would then have the potential to help Disney and its Cast Members avoid unnecessary testing, take earlier measures to identify infections and prevent the virus spreading among coworkers, as well as monitor the overall health and well-being of their Cast Members.

At this point, only time will tell how the Oura rings perform in the NBA’s Bubble, and how Disney World will respond to those results.

Do you think Disney World should provide Oura rings to its Cast Members? Why or why not? Let us know in the comments!