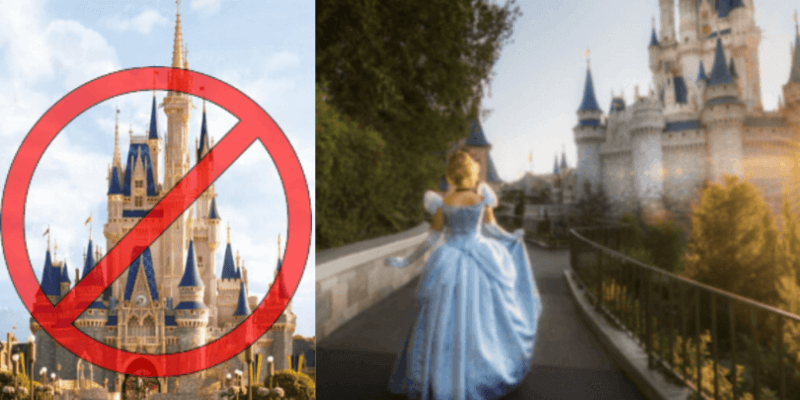 With all of the new changes that have been happening throughout the various parks in Walt Disney World, it’s become easy for each and every Disney fan to have a slightly different opinion. Lines are often drawn on what updates and changes are necessary, versus those that seem to be done simply for flashy appeal.

As much as I adore Disney and have faith in the way that the executives are choosing to “keep moving forward” with advancements in the park, I wonder if every decision has the long-term Disney lover in mind.

For people who view the Magic Kingdom and the Disney parks in general as simply theme parks for temporary entertainment, the lure of shiny new advancements definitely has a strong appeal. However, for those who grew up going often and have a strong attachment to the nostalgia of the stories, it can be seen differently.

Not only did I grow up visiting the parks often, but I fully engrossed my whole being into the idea that Walt Disney World wasn’t simply a park, but a world. It was a place that brought my favorite classic stories and characters to life in a special way and part of the beauty was that it was unchanging every year as I would go back.

Now I can acknowledge that some change is necessary as the years pass. Things that were once relevant become obsolete and require updates to keep audiences engaged and learning.

Walt even said it himself when sharing his vision for Disneyland in the future, “Disneyland will never be completed. It will continue to grow as long as there is imagination left in the world.” The same can be said for Walt Disney World and changes such as those happening in Tommorowland and EPCOT.

Cinderella Castle Shouldn’t Have Been Altered

The way I see it, there are some things that should remain a part of the parks, such as some of the nighttime parades and fireworks shows that have retired over the years and most notably, Cinderella Castle.

The unique original color scheme has made it an icon around the world for happiness and a standout among many other similar castle styles in international parks. The grey and blue theme of the pillars could be seen as a nod to Cinderella’s iconic blue ballgown as opposed to the pink of Sleeping Beauty’s castle resembling her pink gown. This particular Disney castle has retained its popularity steadily through the years, wowing guests since opening day in 1971.

I have no doubt that this so-called ‘magical makeover’ will remain controversial for awhile. There are some who welcome changes such as these, happy that their beloved castle is getting a makeover. Others, like me, will continue to crave the nostalgia that seems to be getting wiped away with each ride replacement and show change.

But ultimately I have faith that despite these changes, the magic that seems to radiate through the Disney Parks every time we enter them will remain throughout the years.

What are your thoughts on the castle makeover? Let us know in the comments.