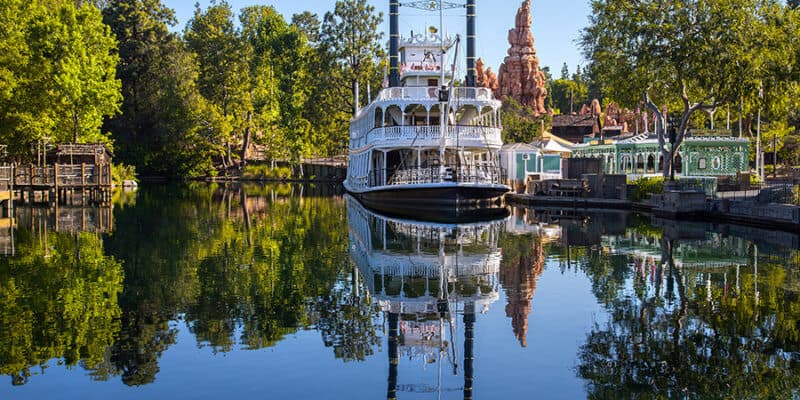 Disneyland Resort has resumed construction on a previously announced project ahead of the reopening of the theme parks.

We previously reported earlier this spring that Disney was planning a $200,000 renovation of the Frontierland gate at Disneyland park. Now, OC Register has given an update that this constriction has resumed.

OC Register has received word from Disneyland officials that indicates that these essential projects include the renovation of the Frontierland gate and the brick pavers around the Disneyland hub at the Frontierland entrance and along the parade route east of Sleeping Beauty Castle. Disneyland Resort has been lowering curbs around the Disneyland hub as well as around other points along Main Street, U.S.A. as a part of Project Stardust, making it easier with Guests with strollers, wheelchairs, and ECVs to navigate throughout the theme park.

Construction crews also returned to Disneyland Resort earlier this summer to perform essential work on Avengers Campus at Disney California Adventure. The land was originally supposed to open on July 20 but it has been delayed because of the park closures, although Disney has since made a statement about it. Crews also returned to work on Mickey and Minnie’s Runaway Railway, which will be located in Toontown in Disneyland once it is completed. There is no word on an opening date for that attraction.

Other construction projects that have been previously announced for Disneyland include the reimagining of the Tomorrowland entrance (which consists of the removal of the “french fry rocks). You can read more about that project here, although Disney has not recently shared an update regarding that construction progress.