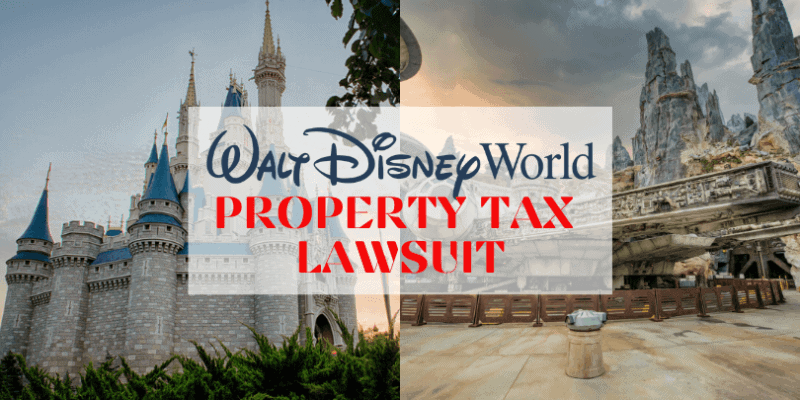 Walt Disney World has had a rocky relationship with Property Appraiser Rick Singh for several years now. And it looks as though Disney is, once again, going after Singh over its property taxes. This time, Disney is arguing that the “2019 appraisals are too high”.

According to Orlando Sentinel, The Walt Disney Company has filed a total of 12 lawsuits just in this past week alone in Orange Circuit Court. All of these lawsuits are over the tax assessments for the Disney World property taxes — Including the theme parks, resorts, company and employee buildings all located on its widely owned property.

Beth Watson, a spokeswoman for Singh, stated to Orlando Sentinel, “had been undervalued for decades by previous property appraisers.”

Watson also said “Again this year, the Disney organization has chosen use the court system to dispute the value of its property in Orange County and thereby pay reduced property taxes that would benefit area infrastructure and public schools. The Orange County Property Appraiser looks forward to defending these values in court on behalf of the citizens of Orange County, so that Disney’s responsibility to the community is upheld.”

A Disney spokeswoman, Jacquee Wahler, responded to Watson’s remarks stating, “As we have shared before and as a matter of public record, we have challenged the property appraiser’s assessments and we will continue to dispute the errors by the property appraiser as any property owner in Orange County would do.”

Related: Disney Buys Over 200 Acres of Property Near Magic Kingdom – For What?

Orlando Sentinel also said that according to Disney’s lawsuit, that Disney said Singh has listed the assessed value for the following parks, which Disney says they feel is “excessive”:

The new lawsuits filed by Disney last week are now getting on Singh’s case for “not following professionally accepted appraisal practices”. Court documents also said “The assessments do not represent the just value of the Subject Property as of the lien date because they exceed the market value.”

But Watson continued to defend Singh, saying “Under the leadership of Rick Singh, the Orange County Property Appraiser’s Office is fair and equitable to everyone, and the team of appraisers and analysts who determine the values use professionally accepted appraisal practices with impeccable accuracy.”

Again, this isn’t the first time that Disney is suing Property Appraiser Rick Singh as dating all the way back to 2016, Disney and Singh have butted heads on property assessments.

In fact, one of Disney’s lawsuits actually went as far as going to trial. According to Orlando Sentinel, the lawsuit, which took place in July 2018, was around the Disney Yacht & Beach Club Resort’s 2015 assessment. Disney ended up winning the trial, but Singh went on to appeal the judge’s ruling. Today, online court records show the 2018 case as pending.

Walt Disney World is currently gearing up for its phased reopening mid-July with its theme parks — Magic Kingdom and Disney’s Animal Kingdom reopening on July 11 and EPCOT and Disney’s Hollywood Studios on July 15.

What do you think about the current lawsuit? Let us know in the comments.

Comments Off on Disney World is Suing Over Property Taxes Again