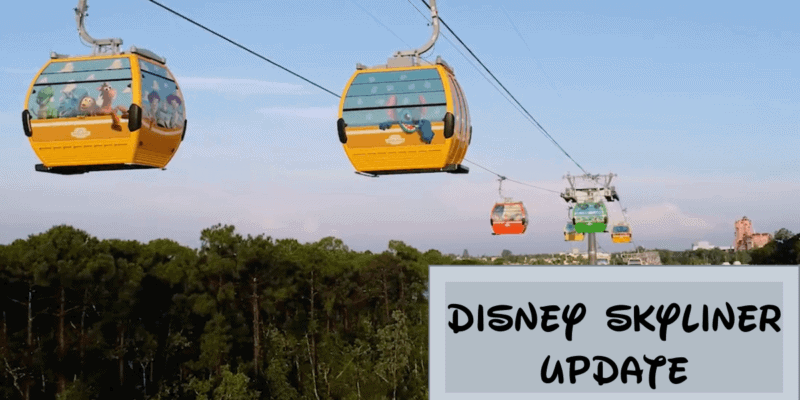 What is the situation with the Disney Skyliner? Walt Disney World’s new gondola transportation system was spotted on Friday, June 12, hosting its cars on the line.

We previously reported that all Skyliner cars were taken off the mainline and parked, and those gondola cars were reportedly still being stored as recently as Tuesday.

???? they were still "parked" on Tuesday

We also reached out to Walt Disney World to see if they can confirm any developments regarding the Skyliner.

Unfortunately, they haven’t announced any news regarding the Disney Skyliner, so I could not say for certain. I would advise that you keep an eye out on the Disney Parks Blog or our website for any updates on it.

However, we were told that no, the Skyliner will not be back up and running to transport Guests by the time EPCOT and Hollywood Studios reopen their gates.

So, why was the Skyliner seen in what appears to be the middle of its operations? Is it simply a matter of keeping the system in shape or is it a test for an imminent reopening? Only time will tell at this point.

We will begin running our Disney bus transportation on a limited basis for Guests staying in our resort hotels and will open monorail and ferry service when the parks reopen.

The monorail was spotted back up and running just a few days prior to this announcement.

What are your thoughts on the Skyliner? Do you hope it will resume operations after the parks reopen? Let us know in the comments!

Comments Off on Disney Skyliner Spotted – Will It Reopen This Summer?