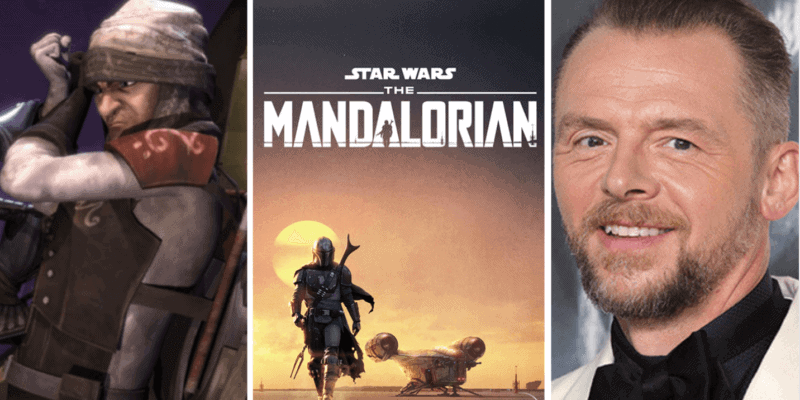 Actor Simon Pegg, who is perhaps best known for roles like Scotty in Star Trek (2009), Shaun in Shaun of the Dead, and Nicholas in Hot Fuzz, has recently spoken out about his desire to return to the Star Wars universe.

Although Pegg has never appeared in a live-action Star Wars movie or series, he has provided voice talents for two characters: bounty hunter Dengar in Star Wars: Battlefront and Star Wars: The Clone Wars and Jakku junkboss, Unkar, in Star Wars: Episode VII – The Force Awakens.

As per CinemaBlend, Pegg would love to reprise his role as Dengar in the Disney+ series The Mandalorian.

In a video interview with Collider, Pegg said, “I’ve mentioned it a few times, but surely, if Taika [Waititi] and [Jon] Favreau decide to bring Dengar into The Mandalorian, then I have some form [of experience] in the past having played him in Star Wars: Battlefront and The Clone Wars.”

Pegg also brought up the recent casting of Katee Sackhoff to play the live action Bo-Katan Kryze in The Mandalorian after performing the voice of the animated Kryze character.

Pegg stated, “I heard they just employed Katee Sackhoff to play a character that wasn’t in the movies but she played it before in a different Star Wars thing, so just saying.”

Watch the full video interview with Collider below:

What is the status of The Mandalorian?

Season 2 of The Mandalorian is already in post-production, set for an October 2020 debut date. The Star Wars television series finished filming in early March, before production shutdowns impacted Walt Disney Studios and other major filmmakers.

Therefore, it seems safe to say that Simon Pegg won’t be making an appearance as Dengar in the sophomore season of the popular Disney+ show.

The Mandalorian Season 3 is already in development, so if the expanding cast of characters continues, there’s always a chance that Pegg will get his wish next year.

Would you like to see Simon Pegg as Dengar in The Mandalorian? Tell us your thoughts in the comments!