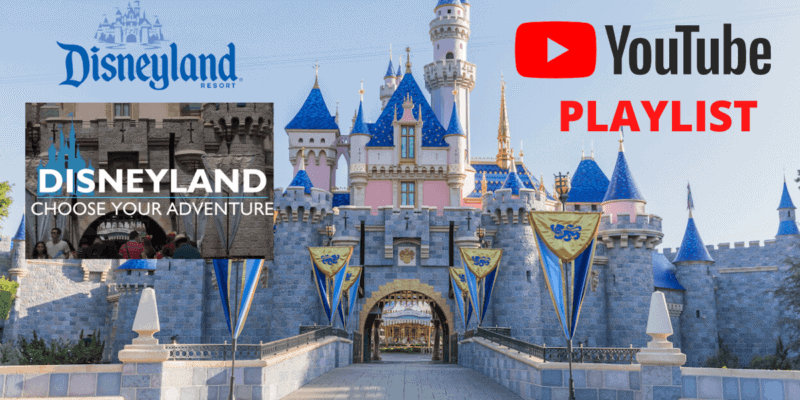 I’d do anything to take a stroll down Main Street, U.S.A., or enjoy a ride or ten on Pirates of the Caribbean or the Haunted Mansion. However, whether you’re missing Disneyland Paris, Magic Kingdom, or any other Disney park, YouTube user @FreshBaked! has you covered.

They’ve created a Youtube playlist that gives you a virtual tour around almost every little nook and cranny of the Disney park! The best part is that you can watch it in whatever order you like to make your own virtual Disneyland tour and replicate a day in the world of Disneyland!

The Virtual Tour of Disneyland Park

@FreshBaked! has really gone the extra mile. They’ve included every land including Tomorrowland and Fantasyland (the best ones), not to mention every little path and attraction that captures the magic of Disneyland perfectly.

The world is your oyster when you use this amazing playlist for your own virtual tour. Disney fans will love being able to visit the original Disney theme park, from the comfort of their own home!

But what is Disneyland without its signature attractions; rides! While it can’t replicate the heebie-jeebies of riding Space Mountain for the first time, this virtual ride brings the magic home.

Every Disneyland ride gets a video and frankly, they’re so much fun. Peter Pan’s Flight, It’s a Small World, and my personal favorite roller coaster, Big Thunder Mountain Railroad all feature.

Related: Run Through Disney on Your Treadmill With These Magical Online Videos

While it doesn’t look like any park from Paris to Hong Kong to even Walt Disney World in Orlando are opening any time soon, at least we can enjoy this virtual tour of the happiest place on Earth. So, if your kids are missing their favorite park and watching it on Streetview just isn’t cutting it, take them on the ride of their lives with these awesome videos. It’s like having a Disney museum in your own home!

Accompany it with one of our ambient playlists, hit the lights, and let this virtual tour take you on a ride around the most magical place in the world. Whatever your favorite Disney theme park is, you’ll love it!

Now if only they’d do one for Walt Disney World. I’d love to take a virtual tour around EPCOT right now!

What do you think of this Disneyland virtual tour? Which park would you like to see get an online tour? Personally, I’d love to take a tour around EPCOT, Animal Kingdom, and Disney’s Hollywood Studios; but any theme park will do! Let us know in the comments below.

Full Playlist at and credit to @FreshBaked!

Comments Off on Missing Disneyland? Take a Virtual Tour Around Every Ride, Attraction, and Walkway to Choose your Own Adventure!