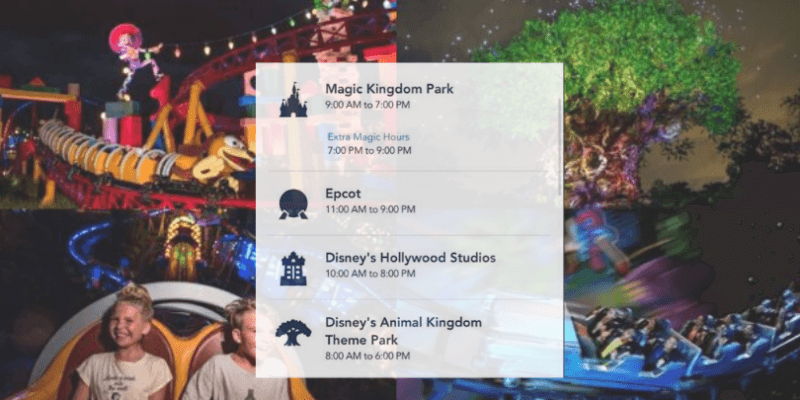 The Walt Disney World Resort water parks will also be open this July.

You can view our screenshots of the Disney World theme park operating hours below.

The news of Disney World’s reduced operating hours comes on the same day that several other operational changes were announced. Disney shared that when the theme parks reopen in just under two months, they will not offer fireworks shows, parades, or character meet and greets, although characters will still be present in the park in some capacity.

Disney also stated that select transportation options like buses, monorails, and ferry boats will begin limited operations, as well, and will be available for theme park guests once the parks reopen. You can read more about that here.

It’s also important to note that as Disney World makes an effort to operate the theme parks at a reduced capacity upon reopening, the company will also be implementing a mandatory reservation system. This means guests will need to make a reservation in order to enter the theme parks each day. To help implement this system before the parks reopen, Disney made the decision to temporarily pause all new ticket sales for the time being.