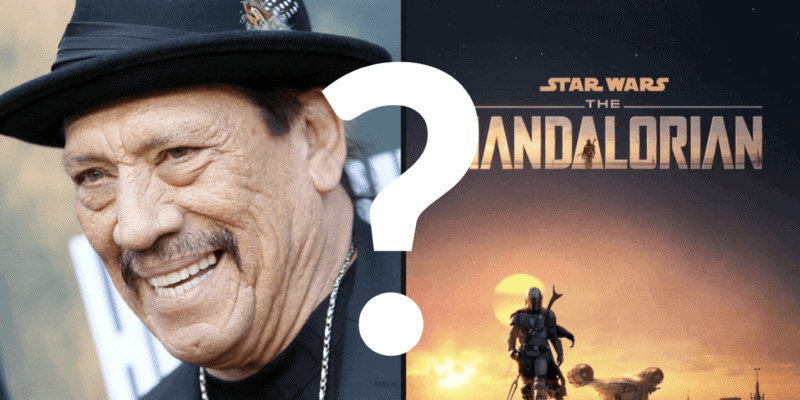 Star Wars screenwriter Gary Whitta, who wrote the first draft of Rogue One: A Star Wars Story, has said he would love to see actor Danny Trejo appear as a “badass bounty hunter” in The Mandalorian.

Whitta recently hosted Trejo as a guest on an episode of his Animal Talking podcast, where Whitta brought up the idea of an appearance in The Mandalorian.

Whitta said, “I don’t have any clout at Lucasfilm, but let me tell you something, if I could wave a magic wand right now, Danny Trejo as a badass bounty hunter in the Star Wars universe. I think a lot of people would want to see that,” Whitta said. “I’m going to call Filoni after the show, we’re going to get him on.”

Even though Trejo isn’t currently confirmed for a role in the hit Star Wars Disney+ series, we think he’d be a perfect fit for the show’s ‘wild, wild West’ vibe. With a resume that includes Machete, From Dusk Until Dawn, and 3 from Hell, Trejo certainly has the chops to make it in the Outer Rim.

Trejo actually already has experience working with a Walt Disney Studios production. He was the voice actor behind Malice Maurauder/Wreck Maurader in Disney Channel’s Tangled: The Series in two episodes!

Who has been cast in The Mandalorian Season 2?

Although Danny Trejo in The Mandalorian may be nothing more than a pipe dream right now (there’s always hope for Season 3 of the Star Wars series!), numerous new characters will appear in the show’s sophomore season.

Michael Biehn has been cast as an as-yet-unnamed bounty hunter and Boba Fett (Temuera Morrison) will encounter Din Djarin (Pedro Pascal) and The Child at some point.

The most recent surprise Mandalorian casting announcement is that Timothy Olyphant will have a role.

What do you think about Danny Trejo playing a bounty hunter in The Mandalorian? Tell us if you’d be onboard with this Star Wars casting decision in the comments!

Comments Off on Danny Trejo In “The Mandalorian”? “Star Wars” Screenwriter Wants It to Happen!