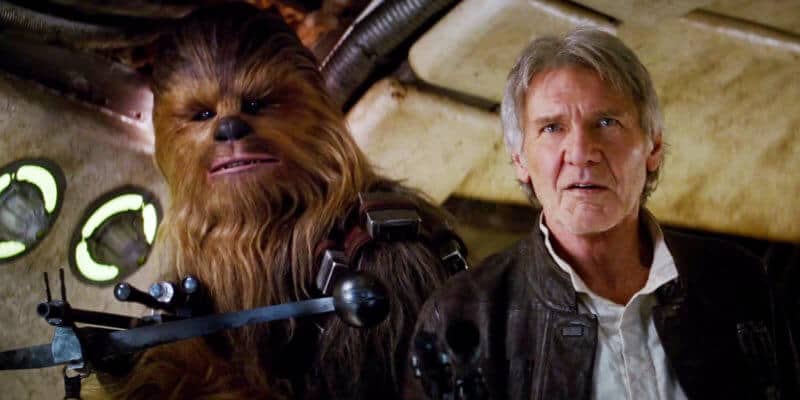 Since the release of Solo: A Star Wars Story in 2018, Lucasfilm has become more careful than ever before when executing plans for the direction of the Star Wars universe — and according to a new rumor, it seems the company may be looking to go back to the beginning with a potential new plan: bringing Harrison Ford back to the galaxy far, far away.

The rumor comes from reports online stating Lucasfilm has spoken to the Star Wars legend about returning for a Han Solo and Chewbacca spinoff that would be set before Star Wars: The Force Awakens, showing his adventures running up to right before the film’s time.

Of course, it’s worth restating that this is only a rumor and should be taken with a grain of salt. However, if it were true, it wouldn’t be the first time we saw a Star Wars legend return to the big screen.

Although, given recent circumstances involving the film franchise, including the release of Solo: A Star Wars Story and Ford’s mature age, which isn’t typical of a leading man, the methods in which Ford could return to the film franchise (if he was, in fact, asked and chose to do so) could be in many forms.

As we’ve previously reported, both Daisy Ridley (Rey) and John Boyega (Finn) have both spoken to the fact that neither believe they will be returning for any future films. Ultimately, it’s widely believed any new Star Wars film or stories to be released in the future will be just that: new stories.

Additionally, it’s also worth mentioning that Ford has been adamant about being finished with the Star Wars franchise for quite some time. The actor had even famously pushed for his character’s death in Return of the Jedi and was reported to have only agreed to appear in The Force Awakens if Han were to be killed.

Now, it’s possible that Ford could make a cameo in a future film, possibly as another character altogether. But, due to his age and also the fact that Lucasfilm has already put out a spinoff Han Solo and Chewbacca film, which was the poorest performing Star Wars film of all time, the chances of him being a leading man as Han again does not seem as likely.

At this time, Disney nor Lucasfilm have not made any comments on the future of the Star Wars franchise besides the recent announcement that Taika Waititi will be co-writing and directing the movie series’ next film.

What are your thoughts on the possibility of Han Solo coming back to the silver screen in a Star Wars film? Let us know in the comments!