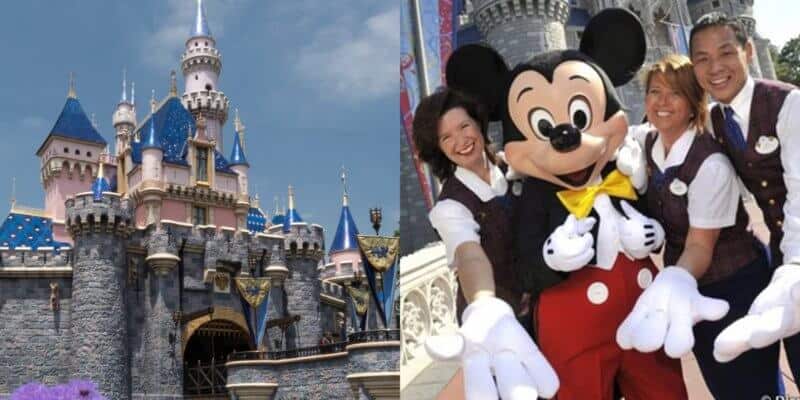 It is not known what the Disney Parks will be like when they finally reopen following the current pandemic. However, following a new rule to be enacted in Orange County, it seems Disneyland employees may be required to wear a mask regardless of whatever the Walt Disney Company’s decision is on the matter.

Beginning Friday, April 24, workers at all grocery, drug stores, gas stations, and other retail outlets will be required to wear a mask or face covering when interacting with the public throughout Orange County.

According to OC Register, the new order was passed Tuesday, April 21, 3-2 by Orange County supervisors and follows in line with a number of other cities already exercising the order, including Costa Mesa, Irvine, and Santa Ana. All these–are mandating the rule to help prevent the spread of the pandemic.

These listed cities also mandate or recommend that customers wear something to cover their mouth and nose in stores or when interacting with workers.

As we’ve previously reported, there has been a question if changes that will come to the Disney Parks upon their reopening, including whether or not Disney Cast Members will have to undergo new training before the reopening of the Disney Parks to accommodate new state or county regulations put in place due to the pandemic.

In addition to the idea of new training measures for Cast Members, there has also been the question of new cleaning procedures, ride/attraction capacities, Park Guest capacities within theme parks, and also the potential temperature screenings of Guests before gaining admittance into the parks–a possible preventative measure discussed by Bob Iger, Executive Chairman of The Walt Disney Company, in a recent interview.

“Just as we now do bag checks for everybody that goes into our parks, it could be that at some point we add a component that takes people’s temperatures, as a for-instance,” said Iger.

At this time, Disney has not commented on reopening any of the Disney Parks.

What are your thoughts on Disneyland Cast Members being required to wear masks upon reopening the Disneyland Resort parks? Let us know in the comments!