Disney in Plain English: "What the [Donald] Duck Happened Last Week?" - Inside the Magic 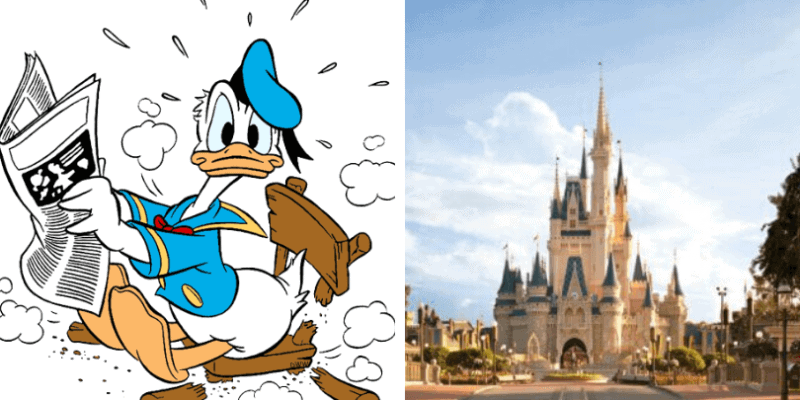 Okay, so the Walt Disney Company had a very chaotic end to the month of February. That last week (Feb. 23 – Feb 28) seemed to drag on forever. There was a lot of news, not all of it good.

Now that we’re at the end of the week and into a brand new month, let’s take a minute to sit down and look back at what happened with more clarity. It’s time for another segment of  Inside the Magic’s “Disney in Plain English.”

In a move that surprised most fans and stockholders, Bob Iger stepped down as Chief Executive Officer and Bob Chapek took his place. The position change went into effect immediately. However, Iger made it clear that the change was months in the making with the entire board involved in the decision.

Bob Iger will retain his role as Executive Chairman until his contract is up on Dec. 31, 2021. The Disney Bobs’ described the situation as the next step in a grooming process where Chapek takes on the day-to-day responsibilities while still reporting to Iger. Iger will still oversee all creative at the Walt Disney Company. They both indicated that the company seeks to remain on its current course.

You can read our original coverage by clicking the links below:

Read More: “Who is Bob Chapek?” Meet the New CEO of the Walt Disney Company

The Walt Disney Company’s stock price dropped drastically as the entire stock market took a major hit. Disney’s stock hit a 10-month low, almost completely eliminating the huge gains recorded in the previous four months. In some respects, the stock market had its worst drop since 2008. Many experts put blame on two events: The Coronavirus and the current status of the Candidates running for the Democratic Presidential Nomination.

Now-former Disney CEO Bob Iger made it clear that his decision to have Bob Chapek replace him on Fat Tuesday had nothing to do with the stock’s decline. The timing was purely coincidental. In Disney’s situation, the continued closure of Shanghai Disney Resort and Hong Kong Disneyland most likely played a significant factor as well. But, Bob Chapek remains confident that Disney can continue its success and momentum beyond this virus outbreak.

Disneyland and Walt Disney World continue to face lawsuits regarding their Disability Accessibility Policy. After discovering their original policy–which allowed front-of-line access for any ride or attraction at any time of the day–was grossly abused by guests going so far as to hire disabled people to act as family members, Disney parks began issuing accessibility cards that gave disabled guests “front-of-line” privileges only at certain times of the day.

Plaintiffs are accusing Disney of violating the Americans with Disabilities Act. Walt Disney World already won a case in Florida. But, that ruling was appealed earlier last month. While we wait for the verdict to be announced later this month, another case on similar ground gains more progress in Los Angeles. This time, against Disneyland. You can read our original coverage of the lawsuits by clicking the link below.

Coronavirus Update: Every Disney Park in Asia Closed. Is Disneyland Paris Next? 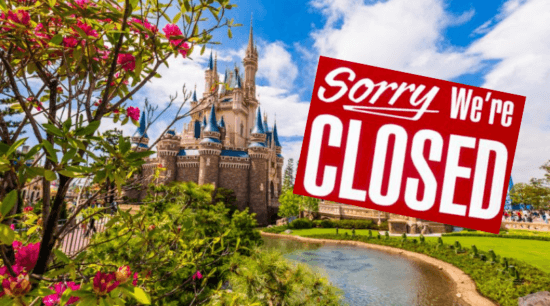 After enacting several precautionary measures, Tokyo Disney Resort finally closed its doors to help prevent the further spread of China’s Coronavirus. Both Tokyo Disneyland and Tokyo DisneySea will remain closed until March 15. This comes at the direct request of the Japanese Prime Minister Shinzo Abe who is calling on all citizens to take action to prevent the spread of the disease.

Several other nations around the world are beginning to take similar measures. Some are more extreme than others. For instance, French President Emmanuel Macrón has prohibited any public gatherings larger than 5,000 people. Now, the question is if Disneyland Paris will also temporarily close.

You can read our original coverage by clicking the links below:

Read More: BREAKING: Tokyo Disney Will Close For Weeks Due to Coronavirus Threat

It’s safe to say that the Walt Disney Company had a bad week. But so does everyone once in a while. We have begun a new month, and we are about to enter a new financial quarter with a new CEO. Wonderful new movies like Onward and Mulan are almost here, and the Disneyland Resort and Walt Disney World continue to operate normally. Let’s keep looking to the future with confidence and optimism.

Check out all of this week’s weekly news recaps below!

Comments Off on Disney in Plain English: “What the [Donald] Duck Happened Last Week?”