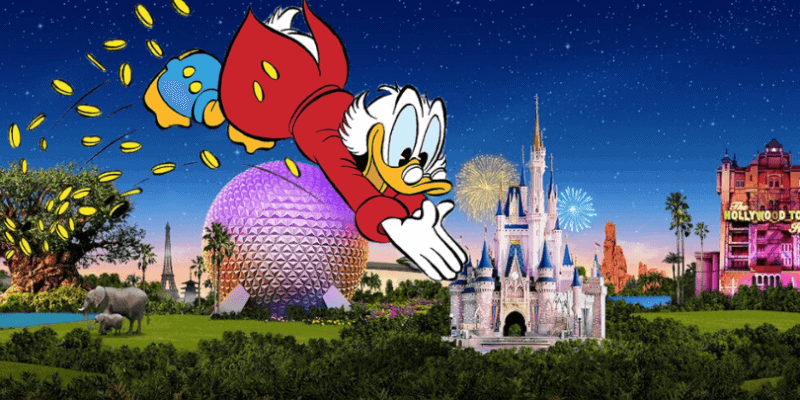 Recently Disney has increased prices for a number of offerings across Walt Disney World Resort, from park hopper tickets to VIP tours. Whether you’re booking a trip in 2020 and want to save as much money possible, you’re planning on visiting in a couple weeks, or you’re worried that the new prices will make or break your trip, here’s our guide to all the Disney World price increases and how to save money on your trip.

But before we dive in…

Want to save as much money as possible? Use a Disney travel agent!

The Authorized Disney Vacation Planners at Academy Travel make it their mission to save you as much as possible on your Disney trip. If you have more flexible dates, Academy Travel can help you plan your trip around the travel deals Disney offers throughout the year. If you have specific dates you want or need to book, Academy Travel agents can make that happen and try to save you money along the way. No matter what you’re looking for in your Disney vacation and no matter your budget, an Authorized Disney Vacation Planner can make it happen. Click here to book a trip with Academy Travel!

Disney World has announced an increase in certain theme park ticket prices for 2020. Now, it costs more money than ever before to add the Park Hopper option to your ticket (which allows guests to visit multiple Disney theme parks in a single day, meaning you can go from Magic Kingdom to Epcot to Disney’s Hollywood Studios to Disney’s Animal Kingdom — or just one or two or three of those parks –in one day). The price also increased for adding on the Park Hopper Plus option (which allows guests to visit all four theme parks, plus either a water park, mini gold, ESPN Wide World of Sports, or another location, in one day). Disney World also introduced a new type of ticket add-on: the Water Park and Sports ticket add-on, which also comes at a price.

Here are the prices you need to keep in mind for Walt Disney World tickets in 2020:

This year has also brought new prices for annual passes. There are many benefits to being an annual passholder at Walt Disney World Resort, and you don’t have to be a Florida local or visit the parks every week to make having an annual pass worth it.

Below are the new prices for Walt Disney World annual passes:

Learn More: All about the increased prices of Disney World park hopper tickets and annual passes

Click here to learn all about transportation at Walt Disney World Resort (including the FREE options!)

2020 also brings new prices for a select number of Character Dining locations throughout Disney World. Character Dining allows guests to enjoy their Disney meals while being greeted by their favorite characters. It’s a great option for those who don’t want to wait in line to meet Disney characters, but these meals also tend to be more expensive than others on property. You can read all about our favorite Character Dining restaurants here — we break down all the locations that are actually worth the money!

Below is a list of the character dining meals that have increased in price by $1 per adult and around $3-4 per child. The increased prices probably won’t affect your decision to eat there if you’re on the Disney Dining Plan. But if you’re paying out of pocket, that extra money could have gotten you a snack or a drink on your Disney vacation.

Of course, VIP tours were always expensive. Who are we kidding? This is a major Disney bucket list item. But now they cost even more than they did before, so it’s worth noting if you want to book one in 2020.

Depending on the time of year, a private VIP tour for up to 10 guests can cost you as low as $425 per hour and as high as $750 per hour. If you have 11 guests (and yes, children under three count as a guest in the tour!), you will need to pay double per hour, as that will require a second tour guide. The price varies depending on the season, so you can save more money by visiting during a less busy time of year (like not during the holidays, for example).

Learn all about the increased prices for VIP tours at Disney World (and what’s included!)

Use an Authorized Disney Vacation Planner to Save Money!

Once again, if you want to save big on your Disney trip but you don’t know where to start — or you want to let someone else worry about all the details — book your trip with Academy Travel to let their agents do all the work so you can experience all the magic without the stress! Click here for a free quote.

Do you have any money-saving tips for Disney World? Share them with us in the comments!