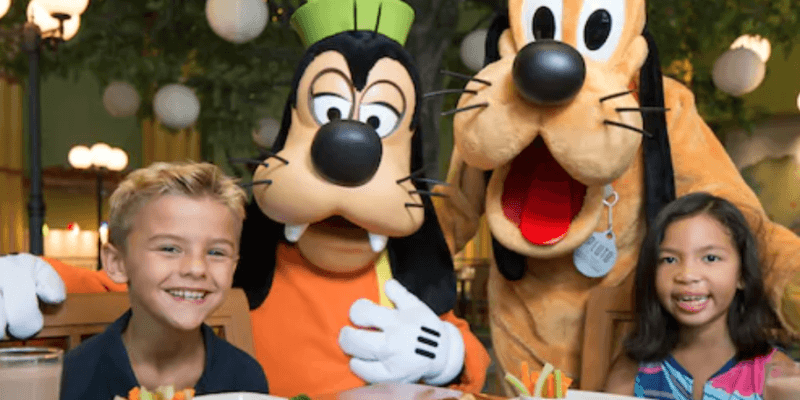 If you’re planning to visit Walt Disney World sometime this year or you already have your dining reservations booked, then you might want to keep this in mind. Disney just quietly increased the price of meals at several character dining locations across Walt Disney World property. Here’s what you need to know about the price increases.

What is Character Dining?

If you happened upon this article and you’re new to the world of Disney dining, let us catch you up. Character dining locations are restaurants that offer guests the opportunity to meet and greet with Disney characters as they enjoy their food. There are character dining meals that feature Disney Princesses, the fab dive, and other iconic characters from the Dwarfs from Snow White to even Disney Villains.

But there is a catch: character dining is pretty expensive, and you can wind up paying much more for a meal at a character dining location than you would for a similar meal if characters were not involved.

As of this week, character dining costs more at several locations across Walt Disney World property, so it’s important to keep the new prices in mind if you are planning to visit or if you already booked a character dining reservation for your upcoming trip. Below is a list of the character dining meals that have increased in price. Keep in mind that these price increases are only by $1 per adult and around $3-4 per child, so they probably won’t affect your decision to eat there if you’re on the Disney Dining Plan. But if you’re paying out of pocket, that extra money could have gotten you a snack or a drink on your Disney vacation.

You can read the full list of character dining locations on the official Walt Disney World website here.

Remember that as the months and years go by, it’s not uncommon for Disney to issue price increases for everything from theme park admission and parking to restaurants and hotels. So it’s important to be aware of the price increases as you plan your vacation. But keeping track of the cost of everything can be stressful when you just want to take the Disney trip of your dreams, so that’s why we recommend booking with an agent at Academy Travel, who can help you book a trip that’s within your personal budget.

Just because Disney has increased the cost of character dining doesn’t mean you shouldn’t visit Walt Disney World! There are so many dining opportunities all across Walt Disney World property — and the Authorized Disney Vacation Planners at Academy Travel can recommend their favorite Disney restaurants and so much more. Whether you want to visit Disney World or Disneyland, take a Disney Cruise, or try another Disney vacation, Academy Travel can take your trip to the next level. Click here for a free, no-obligation vacation quote from Academy Travel.