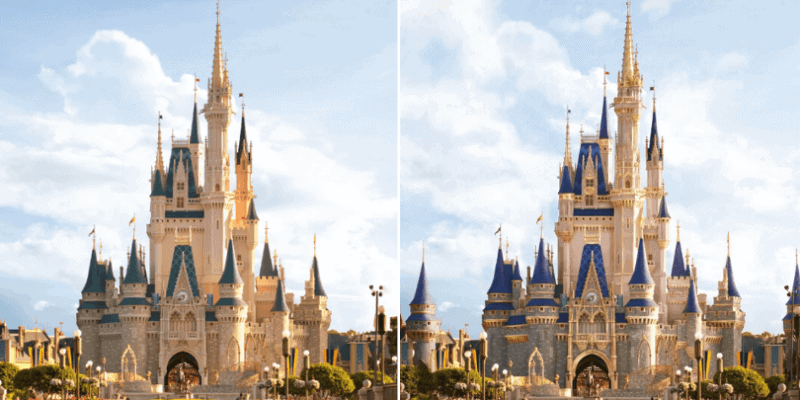 When Disney announced their plans to give Cinderella Castle a major makeover, fans and cast members alike reacted with excitement, but also with a lot of questions and a few concerns.

Vice President of the Magic Kingdom, Jason Kirk, took to the comment page of the original Disney Parks Blog announcement to personally answer questions and confirm a few facts. Here are three most significant revelations we took from his responses:

Cinderella Castle is home to two of the Magic Kingdom’s most popular establishments. The character dining restaurant, Cinderella’s Royal Table, and the Bibbidi Bobbidi Boutique. Both require reservations made weeks if not months in advance. So, of course, Walt Disney World’s rather last-minute announcement sparked concern among parents.

We have also made reservations for the Princess breakfast in June. Will this still happen?? This is our first time for anyone in our family and planning has been overwhelming. It would be nice to know before our trip what will happen. Any information is greatly appreciated.

Hi, Stephanie! Throughout the makeover, guests will still be able to enjoy favorites inside the castle such as Cinderella’s Royal Table and Bibbidi Bobbidi Boutique. Have a magical vacation!

Another major concern for guests deals with the all-important Castle pictures. Because if you don’t take a picture of Cinderella’s Castle did you really spend the day at the Magic Kingdom? The picture is a landmark moment for any Walt Disney World vacation, which makes it a primary concern coming from guests of all ages, especially after barricades almost completely covered Sleeping Beauty’s Castle during its renovations at the Disneyland Resort in Anaheim, California.

If there is one thing I’ve learned in my 67 years, it’s never underestimate the Imagineers! And I do believe that they know and take into account the fact that Cinderella Castle is iconic and that there are many people who will be making that one and only dream trip to WDW to have their picture taken in front of Cinderella Castle. I’m looking forward to seeing the Castle on my next trip.

You are absolutely right—the Imagineers do a fantastic job. And while temporary construction equipment may be present while Cinderella Castle receives its royal makeover, it will remain uncovered and we will do our best to ensure guests are still able to capture special photos and memories in this iconic spot.

Cinderella Castle’s Makeover should be complete this Summer

And finally the biggest question of all, “When will the makeover begin and when will it be done?”

When is the anticipated completion date for the Royal Castle makeover, because we have already planned a trip for this Oct 2020, with our 8 yr old grandson?

Our work is expected to begin in the coming weeks and be complete before the end of summer. I hope you have a magical trip!

In honor of Walt Disney World’s Golden Anniversary (50th Anniversary) Cinderella’s Castle will appear shinning, shimmering, splendid dressed in gold detail, and to hold a closer resemblance to her sister castles at each Disney theme park around the world, she will receive a light dusting of Disney’s soft rose pink coloring.

What do you think of Cinderella Castle’s makeover? Are you excited for Walt Disney World’s 50 Anniversary Celebration? Let us know in the comments!