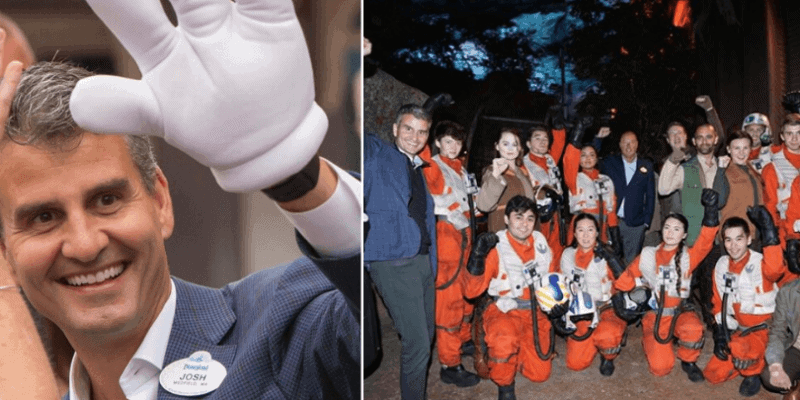 Late last year, former Disneyland president Josh D’Amaro made the leap from the west coast to the east coast to become the present of Walt Disney World. And now, he’s using his position to improve Cast Member experiences at the resort by dedicating millions of dollars to the Disney World workplace.

In a recent report by Orlando Business Journals, D’Amaro was quoted saying that he pledges to invest millions in the Cast Member experience at Walt Disney World Resort. He plans to improve the things that will help make it more enjoyable to come to work every day, such as adding dining plans with healthier meal choices at lower costs, upgrading to better technology, and adding more areas for Disney Cast Members to relax and mingle with each other. This is all part of Disney’s greater goal to improve Cast Member morale at Walt Disney World Resort and the Disney Parks.

What a great night in Magic Kingdom honoring so many of our incredible Cast Members who are celebrating milestone service anniversaries this year!

Here’s an excerpt of what D’Amaro had to say:

“We could spend billions of dollars on a new land or attraction, but you need to be putting that money back into the [common areas] or the break rooms to make sure they are equipped so you feel good. To me, it’s a sign of respect to make pople feel good about their surroundings.

Not only do you have to be in the right state of mind to do the job our Cast Members do, but you also have to feel good physically, too…So in the end, it’s tied to feeling better so you can do better on stage and better out in the community and bring that home to your family. So this whole system of the cast experience is important.”

It’s clear that D’Amaro loved his time at Disneyland Resort in Anaheim, California. He mentioned in his interview how much he truly loved and valued his time with the Cast Members a the west coast Disney Parks. And now, hearing how he is dedicating himself to improving Cast Member life at Disney World, it’s clear how much he values the Lake Buena Vista, Florida Cast Members, too. That’s something Walt Disney himself (and even Mickey Mouse!) would be proud of.

Popped in for a quick visit to the Disneyland Resort. Great to see the Cast again! Heading back to Orlando today.

Are you happy to see Disney World president Josh D’Amaro pledging millions to improve Cast Member experiences? What changes would you like to see happen at Disney World? Let us know in the comments!