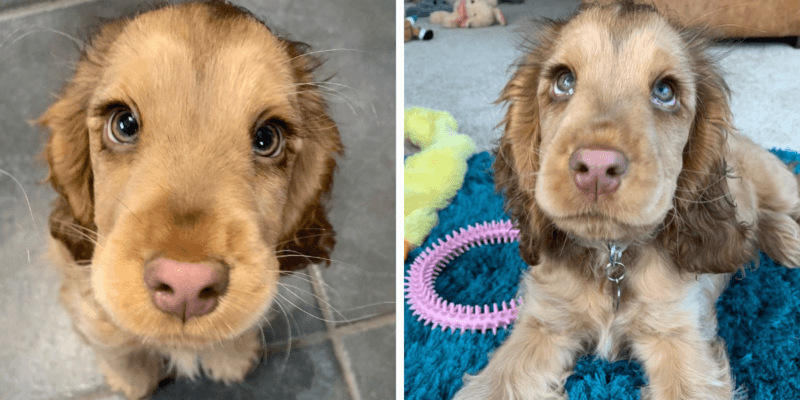 If you’re as big of a Disney fan as we are, then you’re always looking for Disney inspiration in your everyday life…even if it comes from the most unlikely places. One adorable dog has gone viral this month because the internet thinks she resembles a Disney Princess, and we can’t say we disagree! The dog is even named after a Disney character.

Take a look at Winnie, the Disney Princess dog!

Read More: Raise the Woof With Matching Outfits for You and Your Disney Dog

Winnie the cocker spaniel looks like a Disney cartoon come to life. Upon first glance, you can tell there’s something special about this pup, and according to the rest of the world, her eyes are so big and beautiful that they could belong to a Disney Princess.

Related: VIDEO: Meet the Real-Life Perdita from 101 Dalmatians with A Record Breaking Litter

As Bored Panda shared, ever since Winnie was born, her human parents have documented her life on social media. She even has an Instagram account dedicated to her daily life and adventures, which you can check out here. And although she is only a few months old, she has quickly stolen the hearts of Disney fans all over the globe. Winnie is the beautiful golden color of Winnie the Pooh, the same dog breed as Lady from Lady and the Tramp, and has the eyes that even Disney Princesses would be envious of. Just look at that face!

Below is the video that started it all — a close-up shot of Winnie’s gorgeous eyes that caused her to go viral on TikTok for her “Disney Princess eyes.” Take a look:

This cute cocker spaniel also has a TikTok! Her owners share video updates, including the following, a recreation of the original video that started it all.

#duet with @winniethecocker #eyeslipsface recreating the video that started it all a year later ?

We’re not sure if Winnie the cocker spaniel is the cutest dog we’ve ever seen, or if she was meant to be a Disney Princess’s adorable animal sidekick in a past life, but either way, we’re so happy we came across her photos online. If you’re a big Disney fan and an animal lover like we are, you can follow along on all of Winnie’s adventures on her official Instagram account, run by her human parents based in the U.K., Ellée and Tom.

Have you ever met a real-life animal that looks like they belong in a Disney movie? Let us know in the comments!