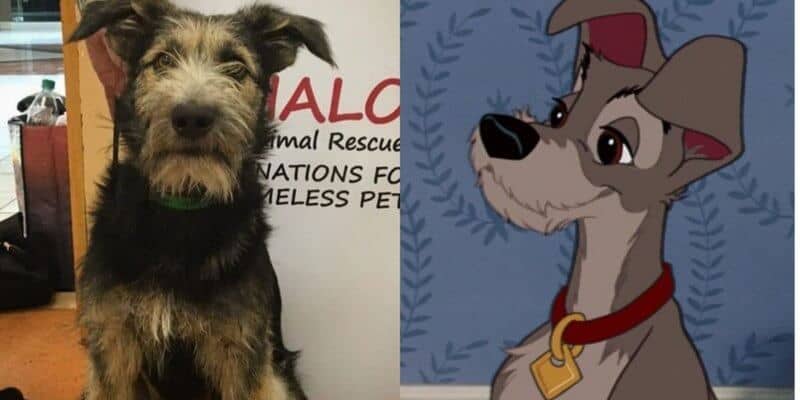 If you are the new proud owner of a puppy and you’re struggling to find the perfect name for him or her, you are far from the only one. There are a ton of dog parents who want to take this as an opportunity to show their love for their favorite film or TV show character.

I’m sure you have come across several pets name after the owners favorite Disney movie or television show. Ever run into a dog named “Chewie”? Or how about a black cat named “Black Widow”?

We all know Disney fans are at the top of the leaderboard when it comes to fan communities. We know the Disney movies word for word, the music by heart, and the parks like the back of our hands. So it’s natural to want to incorporate Disney into our everyday lives, too!

Whether you are thinking about adding a furry friend into your family, or if you already own a pup but are struggling with a name, take this list of Disney names perfect for your new dog.

Of course we had to include Mickey’s best pal on the list. Pluto is one of the most popular dog names out there!

I actually ended up naming my pup Max after Goofy’s son. You may recall this character from the series Goof Troop in 1992 or in the underrated Disney film A Goofy Movie which debuted in 1995.

But that’s not the only place in the Disney world where you have seen a dog named Max. As you may recall, Max is also the name of Prince Eric’s sheepdog in the animated classic movie The Little Mermaid.

He may be a toy, but he is still a dog! Everyone’s favorite Disney character from the movie Toy Story gets a spot on this list as his name is perfect for your furry friend.

Everyone’s favorite English Springer Spaniel from the animated classic movie Lady and the Tramp. Lady makes for the perfect Disney dog name for your next furry friend.

Did you know that the scene in Lady and the Tramp where Jim Dear gifts his wife with Lady in a hatbox was actually inspired by a real life situation experienced by Walt Disney himself? During Christmas one year, Disney placed a chow puppy in a hat box and gave it to his wife as a gift.

You can’t have Lady without having Tramp on the list. This character name is perfect for the little hound in your life who has a bold personality.

Stella is the name of Charlotte’s pet Basset Hound in The Princess and the Frog and makes for a great Disney dog name.

So maybe Stitch isn’t technically a dog, but Lilo adopted him with signed paperwork from an animal shelter and named him Stitch. That makes him a dog in our books!

If you are now the proud owner of a little white pup and are looking for a cute Disney name, try Bolt!

From the beloved Disney classic The Fox and The Hound, Copper is the perfect little bloodhound and makes for a great pet name no matter what breed!

Even if your new pet isn’t a Dalmatian, I love the name Pongo for any type of dog.

If your new fur friend has a bold personality, consider naming him Dodger after the Disney dog in the classic Oliver and Company.

There are so many Disney dogs out there and you’re sure to find the perfect Disney name for your new fur friend.

Which one of these Disney dog names stands out to you?