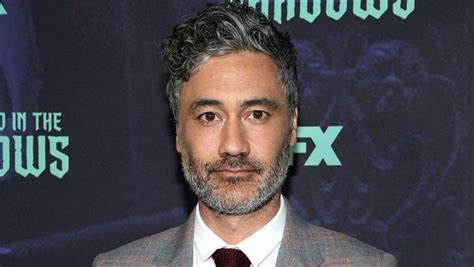 Star Wars Episode IX: The Rise of Skywalker is to serve as the proverbial pause button for the long-standing space-fantasy franchise. But Disney and Lucasfilm have no plans to end the franchise altogether.

In fact, since The Rise of Skywalker, which was met with divided reviews, Star Wars execs are reportedly wasting no time in looking ahead and exploring other opportunities to build new stories based on George Lucas’s original space drama.

Taika Waititi directed Thor: Ragnarok and wrote and directed JoJo Rabbit, a comedy-drama film about a young boy whose imaginary friend is Adolf Hitler. Waititi boasts six Oscar nominations, including one for Best Picture and one for Best Adapted Screenplay, for his work on JoJo Rabbit, which hit theaters last October.

Waititi is even more recently known for his work with Jon Favreau on the smash hit Disney+ series, The Mandalorian. He directed the eighth and final episode of Season One of the new series created and written by Favreau. Waititi also lends his voice to IG-11, the droid to which viewers are introduced in the eighth episode. The droid was once an assassin droid that was reprogrammed and is not a Class 4 nurse droid.

Details are scant when it comes to what went on behind closed doors when Disney execs met with Waititi, and at this time, it’s difficult to determine whether this project is the same as or separate from the project being developed by Kevin Feige. Feige and Waititi worked together on Thor: Ragnarok.

Waititi is popular right now for his part in The Mandalorian, the live-action Disney+ series that has been catapulted into an arena of unbridled popularity and success, thanks largely to an adorable little Yoda-esque creature referred to as “The Child.”

It’s not clear yet whether Waititi will accept a proposal from Disney, and if he does, there’s definitely no mention of a timeline for a new project. Waititi is currently in post-production on another project, after which he will switch gears and move to begin work on Thor: Love and Thunder.

Is Taika Waititi the right choice for a possible new addition to the Star Wars stories? Who would you like to see direct the next project in the galaxy far, far away?