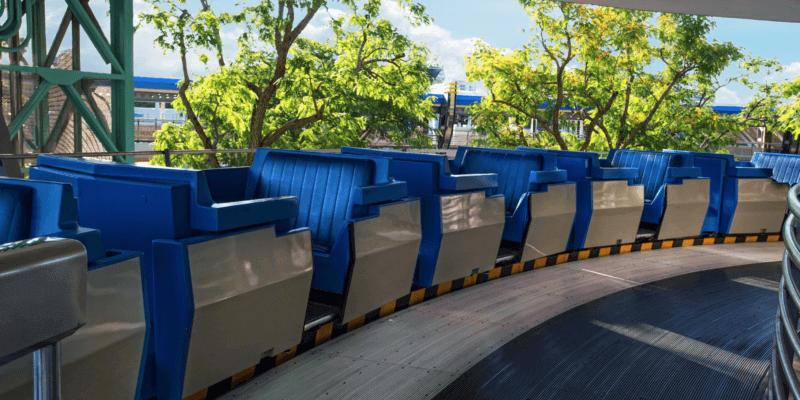 We recently reported that there was smoke coming from the PeopleMover in Magic Kingdom. We now have confirmation thanks to the My Disney Experience App that the attraction is back up and running as well as Astro Orbiter.

Reports are also stating that Reedy Creek Fire Department was on the scene, and there were three fire trucks which rushed over to the entrance of the Magic Kingdom. . .

, also knows as the Tomorrowland Transit Authority, in the Magic Kingdom at Walt Disney World.

We aren’t sure what exactly has caused the smoke, or what type of smoke it is, but we do know that the Magic Kingdom attraction has been shut down.

This could be some type of fire or malfunction.

In this Tweet from @jayflyers, you can clearly see there is an excessive amount of smoke coming down the escalator of the PeopleMover.

And in this Tweet from @MaximoSPQR, you can clearly see people are being evacuated from the PeopleMover.

There has not yet been an official word from Disney released as this story is ongoing and developing.

Inside the Magic will be sure to update as soon as we find out more information about this ongoing situation.

More Information On The PeopleMover

If you want to visit Walt Disney World or Disneyland on your next family vacation, but aren’t sure where to begin planning, then don’t hesitate to reach out to our friends over at the Authorized Disney Vacation Planners at Academy Travel for a free quote. They can help book your Disney Resort, book dining reservations, and offer tips and tricks so you don’t miss out on any of the Disney magic!

Have you ever ridden the PeopleMover? Is it a “must-do” on every Disney vacation? Let us know in the comments.