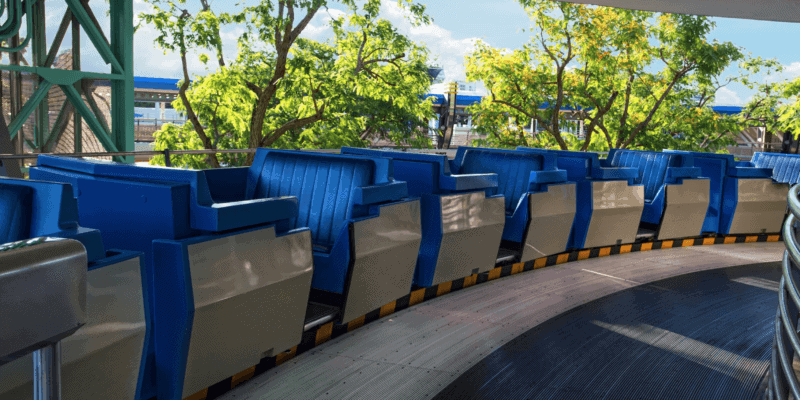 It’s been reported that Walt Disney World’s PeopleMover has injured two sets of tourists at Magic Kingdom after the carts crashed into each other on multiple incidents. Recently, two new lawsuits were filed in Orange Circuit Court which state the tourists are seeking more than $15,000 in damages.

One of Magic Kingdom’s most beloved and oldest attractions, , is a slow-moving tram that moves guests around Magic Kingdom’s Tomorrowland on a 10-minute ride. But according to a new report by Orlando Sentinel, Heather and John Tregido, past Walt Disney World guests, experienced injures while on the ride.

The Tregido family experienced the attraction in June 2015 when they were on vacation from New Jersey with their two children. In their lawsuit, it was stated that during their experience on the ride, “”the cart containing the Tregidgo Family began to move throughout the Magic Kingdom Park when it suddenly came to an abrupt stop in the darkness of the Space Mountain attraction.””

“After the cart containing the Tregidgo Family came to a stop, it was struck from behind by a trailing cart,” the lawsuit said,

According to Orlando Sentinel’s report, the force of the crash didn’t throw the family out of their vehicle, but it did cause serious injuries, says their attorney. Heather Tregido needed two orthopedic surgeries that cost more than $175,000 in medical bills said Winter Park attorney Robert Hemphill, who is handling the case with California attorney Barry Novack.

In the second lawsuit filed March 1, Kristie Deieso, who visited the attraction from New York on a girls trip, says she was injured when the attraction’s cars collided in February 2017.

Her attorney Brian Wilson says the ride had just begun and then unexpectedly stopped about 100 yards from the station. And in court documents, it was reported that the next tram slammed into Deieso’s cart.

Wilson says Deieso injured her neck and shoulder, eventually requiring surgery to fix problems from a herniated disc in her neck.

“The injury to [Deieso] is permanent within a reasonable degree of medical probability and (she) will continue to suffer the losses in the future,” the lawsuit said.

According to the Orlando Sentinel, throughout the years the attraction has experienced a handful of issues, mostly involving elderly people feeling dizzy or getting hurt while exiting.