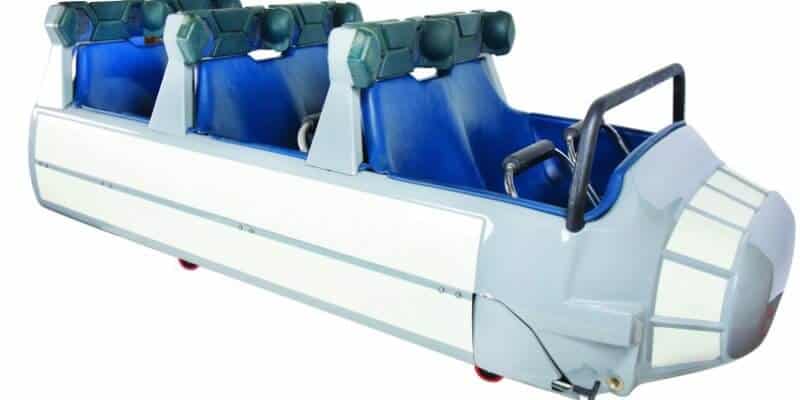 Ever wanted to own a piece of the magic found in Disney parks? Well, if you have deep pockets, a dream that you wish could come true. And it did for these bidders!

In the History of Disneyland Auction held at the Van Eaton Galleries in Sherman Oaks, CA 1500 items were offered off a 480-page catalog. Hard-core Disney fans showed up in hopes of being able to obtain a piece of history from Disneyland park to add to their personal memorabilia collections. So, they opened their wallets and Bibbidi, Bobbidi, Boo! A piece of magic goes home with you!

Out of the 1500-items auctioned, here were the most expensive pieces:

According to the Orange County Register, . .

. However, we can totally see ourselves enjoying our daily breakfast and coffee in a PeopleMover-ride-vehicle-turned-dinette-table in our Kitchen. Too much? Nah!

The 22-page 1955 guidebook is filled with concept art of Disneyland and explains Walt Disney’s vision and concept for the theme park. The guidebook was available leading up to the opening day of Disneyland in 1955 and is signed on the inside cover by Walt Disney.

This vehicle sold for $48,400. The pre-auction estimate: $25,000-$50,000. It included a certificate of authenticity. Our favorite feature? It donned the original glow in the dark side panels. We miss those!

We would have guessed this would have gone for a higher price; considering the popularity of this attraction! However, there is that pesky detail… what does one do with a Space Mountain attraction vehicle? I’m sure the new owners will think up something fun!

This candlestick telephone was used by Walt Disney in the 1960s and remained in his personal apartment above Disneyland’s fire station through the 1980s. The pre-auction estimate was $2,000-$3,000. It sold for $43,560.

According to the auction house, this extremely rare and scarce park-used poster is believed to be the only surviving example ever offered for public sale. The pre-auction estimate was between $30,000- $50,000. It sold for $36,300.

This Disneyland prospectus comes from the estate of Imagineer Marty Sklar. It is one of the only rare documents that has surfaced at public auction in the past 20 years. It sold for $30,250.

This original 1980s wooden sign was displayed over the entrance of the riverboat dock at Disneyland sold for $27,225.

The extremely rare 1967 prop comes from Disneyland’s Tomorrowland dark ride that simulated shrinking riders to the size of an atom. It sold for a winning bid of $22,990. The pre-auction estimate was between $6,000-$8,000.

The diamond anniversary prize was presented by Frozen’s Anna and Elsa to the lucky winner along with a custom display base and a hand-painted certificate. A tiny hidden Mickey is etched into the 2-carat diamond.

Did any of the item’s sale prices surprise you? We were surprised at the value of the guidebook, which sold for more than 10 times its estimated value. If you had unlimited funds, which one would you have bid on? Let us know in the comments!