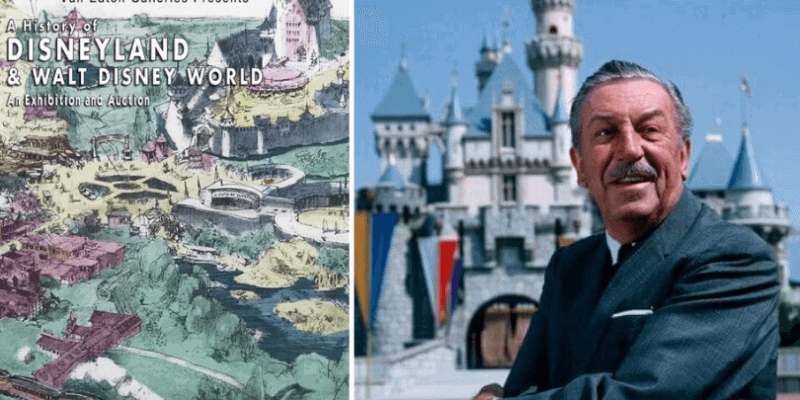 Ever wanted to get your hands on Disney Parks memorabilia? Well thanks to an auction being held next month, you can. A Los Angeles museum will be auctioning off over 1,500 rare items from Disneyland Resort and Walt Disney World Resort, some of which are as old as Disneyland itself.

The auction will be held in Sherman Oaks at Van Eaton Galleries, which is known already for displaying animation art and Disney memorabilia. The auction traces the history of Walt Disney’s first park, Disneyland, and features historic items including an original map of Disneyland and signage that was displayed at the park through its first years of opening, as well as the original 1953 prospectus that Walt Disney used to pitch the theme park to financiers before the 1955 opening.

In addition, the auction will also include some icons from Disney Park history, including animatronic birds from the Enchanted Tiki Room attraction, an animatronic bird from the “it’s a small world” attraction, and a bronze statue of Mickey Mouse. There’s also going to be an original vehicle from the Star Jets attraction, , the original Penny Arcade sign from Main Street U.S.A., and other signage, props, and items.

Take a look at the two catalogs for the auction below:

This auction is the perfect opportunity for die-hard Disney fanatics and Disney Parks history enthusiasts to purchase theme park memorabilia that they can’t get their hands on anywhere else. The History of Disneyland and Walt Disney World Auction will take place on December 7 and 8. You can learn more about the auction as well as about all the other Disney artwork and display items on the Van Eaton Galleries website here.

Comments Off on Rare Disneyland, Walt Disney World park items to be auctioned next month