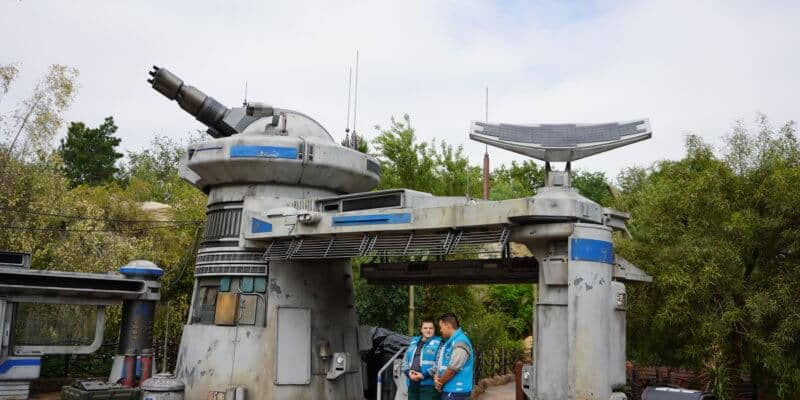 A new sign has been posted at the entrance to the Rise of the Resistance attraction at Star Wars: Galaxy’s Edge at Walt Disney World.

The new ride is slated to open later this week on December 5, bringing the total number of attractions in the new Star Wars-themed land to two. When Galaxy’s Edge opened on August 29, only one attraction–Millennium Falcon: Smugglers Run–was in operation, prompting many fans to postpone their summer trips to the parks until both attractions were up and running.

The new signage at the attraction’s entrance gives Guests a hint at what they can expect to experience when they board the ride and take off on a mission to stop the First Order. According to the new sign, those who embark on the mission will experience a thrilling experience with rapid motion, sharp turns, and even a swift drop.

The warnings on the sign state that riders “should be in good health and free from high blood pressure, heart, back or neck problems, motion sickness or other conditions that could be aggravated by this adventure.” And those expecting should sit this one out as well.

There is also a mention of age restrictions for the experience. The sign says that children who are younger than 7 years old have to be accompanied by a person who is at least 14 years old. You might think that would go without saying, but Disney’s got it covered, just in case.

And now the sad part: the new Rise of the Resistance attraction does have a height requirement, so expect to see Cast Members with their measuring sticks if you’re attempting to board with smaller children. They’ll need to be at least 40 inches tall to enjoy the attraction.

Have you experienced Galaxy’s Edge yet or were you waiting until Rise of the Resistance opened? Let us know in the comments section below!