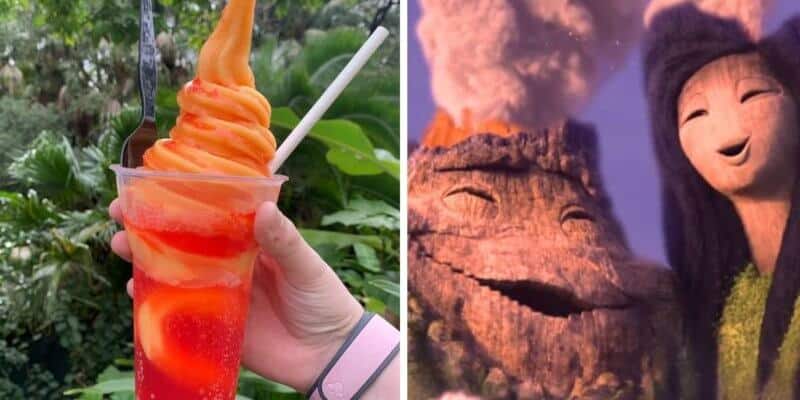 Yet another new Dole Whip has made its debut in Walt Disney World, but this one is a bit unique.

Based on the heartwarming Disney short, I Lava You, this Dole Whip closely resembles the volcanos from the story. But that’s not what makes this new Dole Whip so special.

This new I Lava You Dole Whip Float is made with orange swirl Dole Whip ice cream, or Disney guests can get a mix of strawberry and orange if they’d prefer.

The I Lava You float is then mixed with Strawberry Fanta soda, and then sprinkled with.. wait for it.. Pop Rocks!

Yes, this new Dole Whip features both Strawberry Fanta soda and one of the best candies out there, Pop Rocks. With each and every bite of this delicious sweet treat, your mouth will be fizzing with happiness.

You can get the new I Lava You Dole Whip Float at the Sunshine Tree Terrace at the Magic Kingdom in Walt Disney World.

If you haven’t yet seen the Disney short, I Lava You, you can watch it below.

If you want to visit Walt Disney World on your next family vacation to try the new I Lava You Dole Whip Float, but aren’t sure where to begin planning, then don’t hesitate to reach out to our friends over at the Authorized Disney Vacation Planners at Academy Travel for a free quote. They will help you every step of the way, from booking your Disney Resort to helping book dining reservations — Even offering tips and tricks so you and your family don’t miss out on any of the Disney Magic!

Does the new I Lava You Dole Whip Float sound like something you’d like to try? Let us know in the comments.